AB Leisure Exponent, Inc. (ABLE) is a wholly owned subsidiary in of Leisure & Resorts World Corporation (LRWC).Its business is in professional bingo gaming through Bingo Bonanza Corporation. ABLE’s bingo parlors have become community and entertainment centers, a source of revenue for the government, and a sponsor for fundraising activities relating to social and educational programs.

May 21, 2018
Leisure & Resorts World Corp. said its Q1 profit dropped nearly 70 percent following its divestment from the City of Dreams, non-recognition of deferred tax assets and pre-opening expenses from a planned casino on Boracay. 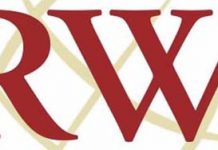 May 19, 2017
Philippine-listed holding company Leisure and Resorts World Corporation (LRWC) saw a decline in net income in the first three months of 2017, due mainly to decreases in income of its various gaming businesses. Net income after tax was P272.1 billion (US$5.4 billion) in 17Q1, down 5.6 percent from P288.7 billion in the prior corresponding period. […] 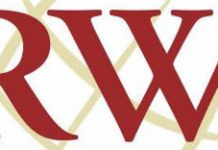 April 18, 2017
Philippine-listed Leisure and Resorts World Corp (LRWC) posted a 2.4 percent rise in its consolidated net income for the full-year 2016 to P1.1 billion, according to a filing from the company on Tuesday. “This was achieved, in spite of the dramatic changes in the regulatory environment particularly in the last quarter of 2016 which affected […]

E-gaming cafes off the hook

October 11, 2016
The Philippines government has formally ended its four-month war on online gambling, with the government now focusing its attention on opening up the online gaming industry to more players. According to an interview with radio news channel DZMM over the weekend, quoted by Calvin Ayre, Pagcor’s Ignacio noted the government will be strictly enforcing the […] 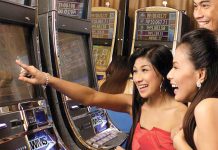 LRWC gets back 20 eBingo sites

September 26, 2016
Philippines gaming regulator Pagcor has reversed its revocation of 20 eBingo sites run by Leisure and Resorts World, according to the company’s filing to the Philippine Stock Exchange on Monday. Earlier this month, the regulator ordered the closure of 53 Bingo Bonanza and electronic games sites as they were in violation of distance restriction guidelines […]

September 9, 2016
The Philippines Amusement and Gaming Corp. (Pagcor) has ordered the closure of 53 Bingo Bonanza and electronic games sites run by subsidiaries of Leisure & Resorts World Corp. (LWRC), local media reports. According to Pagcor, the affected outlets were in violation of distance restriction guidelines set by the government, which states that gaming outlets must […]