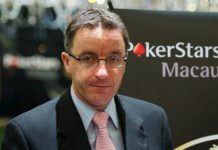 Danny McDonagh retires from position as president of APPT

March 29, 2016
Asia Pacific Poker Tour (APPT) president Danny McDonagh has retired from his position in Macau, seeking to move back to Australia, local media reports. McDonagh, who is well regarded as an authority on the game and inducted into the Australian Poker Hall of Fame in 2012, was known for establishing the Aussie Millions Tournament and […]

Poker in Asia: a busted flush?

For over a decade, Asia has been touted as the region where the next – and most explosive – poker boom will occur, and yet the spark has failed to fully ignite. So how much appetite is there still for poker in the Far East and what’s holding the game back?