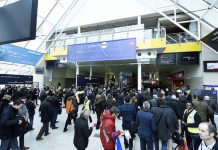 Delegates arriving at the ExCeL in London’s East End for the 2017 edition of ICE Totally Gaming at the start of February were greeted by a host of Asian gaming suppliers keen to expand their reach. The main entrance was dominated by advertising from a number of Asia-facing firms, including BBIN, SA Gaming and Asia Gaming, who all also took sizeable stands at the show. One European-based supplier told AGB that Asia was “undoubtedly the focus this year,” adding that they had agreed a significant deal with a Vietnam-facing operator at the show.