The Beijing Imperial Palace Hotel (earlier known as New Century Hotel) is a 5-star hotel in located in Taipa Macau. The hotel has around 599 rooms. The Beijing Imperial Palace holds within its premises the casino Greek Mythology, that was operating until the end of 2015 under a gaming license of Sociedade de Jogos de Macau S.A. (SJM), which has been closed since then due to alleged “renovation works.”

July 4, 2019
The owner of the Beijing Imperial Palace Hotel has applied for conditional urban planning to the Land, Public Works and Transport Bureau (DSSOPT) to develop two buildings at its land plot, local media reports.  The Beijing Imperial Palace Hotel has been sealed from the public since 2016 after failing to uphold safety regulations.  The hotel […] 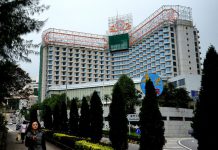 June 25, 2018
A Macau court has ruled in favor of Amax International Holdings for the legal ownership of Beijing Imperial Palace Hotel, Macau Business reports. Amax International, a company owned by Empresa Hoteleira, has been fighting for ownership of the property against Victory Success Holdings, a company owned by Alvin Chau’s SunCity Group since 2012, when the […]

May 23, 2018
Amax International Holdings has denied a report in a Chinese newspaper that Macau’s leading junket operator, SunCity International, has taken control of the Beijing Imperial Palace Hotel. 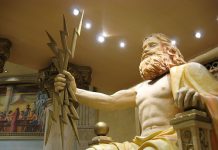 January 19, 2018
The former operators of the Beijing Imperial Palace Hotel, and it’s casino, Greek Mythology, have been fined over MOP4.4 million (US$546,568) for violating labour laws, Macau News Agency reports. According to a press release from the Court of First Appeal, the court ruled that the two companies – Macau Hotel Developers Ltd and Greek Mythology (Macau) […] 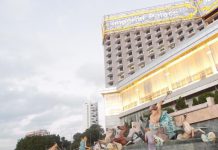 May 8, 2017
More than 12 people claiming to be victims of the closure of the Beijing Imperial Palace Hotel have filed a lawsuit against the owner, Macau Hotel Developers Limited, local media reports. In July 2016, the Macau Government Tourism Office (MGTO) announced the temporary closure of the hotel due to “serious administrative irregularities” which caused “threats […] 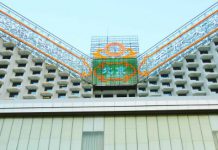 December 2, 2016
The Beijing Imperial Palace has been given three more months to complete corrective works on the property to rectify its faults, Business Daily reports. In July, the MGTO ordered the temporary closure of Beijing Imperial Palace Hotel for a period of six months as the hotel “committed serious administrative irregularities and failed to carry out […] 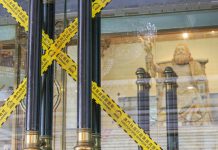 Corrective work yet to begin at Beijing Imperial Palace

September 7, 2016
Beijing Imperial Palace has yet to commence corrective works on the property to rectify its faults after the government ordered its temporary closure in late July, local media reports. “At this moment, from what we know, they have yet to conduct any works on the property [Beijing Imperial Palace]. Just yesterday we received letters from […] 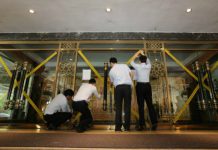 July 24, 2016
The Macau Government Tourist Office (MGTO) has ordered the temporary closure of Beijing Imperial Palace Hotel (formerly known as New Century Hotel) for a period of six months. According to a release on the government website, the decision was made as the hotel “committed serious administrative irregularities and failed to carry out essential fire safety […]

Beijing Imperial Palace may be forced to sell

July 17, 2016
Macau’s Court of Final Appeal (TUI) has rejected an appeal from the company that runs Beijing Imperial Palace, which disputed a ruling that it owed VIP gaming commissions. According to Macau TDM, the money is owed to Hoi Cheng Nga, who runs Macau-based Energy Travel Agency. The final ruling could see Hoi to push for […] 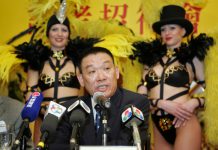 October 20, 2015
About three dozen workers have staged a protest outside Macau’s Beijing Imperial Palace casino-hotel, formerly known as Greek Mythology, TDM Macau reported. The group alleges that the employer owes unpaid wages to up to 300 employees, including both local and foreign staff. They say unpaid salaries date back to as long as eight months ago. […]