June 4, 2016
The government of India’s Maharashtra state is considering a proposal to allow offshore casinos in Mumbai on a trial basis by the end of this year, local media reports. The government is considering several options after the Bombay High Court told the state to take a decision on a four-decade-old act that in theory legalized […] 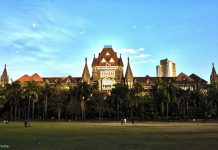 With a huge and rapidly expanding middle class, the potential for casino companies in India knows no limit -- apart that is from a lack of a legal framework. Gambling is banned in all but three states but, even then, the situation is not clear cut. However a young lawyer has been making waves with his attempts to force more clarity on the legal situation in Maharashtra, the third-most populous state whose capital Mumbai is the commercial heart of India and one of the biggest cities in the world.