Bridge Investment Group, USA, (BIG) was initiatially established by a ex-White House Advisor in 2005. It devotes itself to USA real estate investment development, hotel operation and tourism development, enterprise merger and investment and financing, investment immigration development.“Planning for keeping pace with the times, Gripping the highest standard construction of tourism real estate” is BIG’s expansion mode for many years. The expansion of BIG real estate, is not only meeting the need of enterprise long-term investment profit, but also improving the highest standard of tourism real estate. And the successful policies make each project of BIG becomes the development coordinate for USA, which greatly promotes BIG’s brand influence. BIG with a strategic vision is actively deploying new strategies for tourism real estate field, and makes effort to create 21 century excellent tourism environment.Looking forward to the future, management team of BIG will tap into expecting and fresh power to everything for having effectiveness, which gains clients’ approval and reputation. 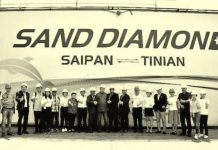 Smaller CNMI islands back into focus

July 17, 2020
As the large-scale Imperial Pacific International project on Saipan continues to stumble, some thought is returning to the smaller islands of the CNMI, in particular Tinian and Rota. As for Tinian, the Bridge Investment Group has announced that the new Tinian Diamond Hotel is now open. The hotel is expected to be complemented by Tinian […] 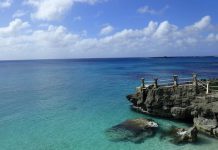 July 2, 2020
The Commonwealth Ports Authority has directed Bridge Investment Group to immediately halt construction after allegedly “discovering” that the firm is building a casino, restaurant, and VIP rooms at a building on Tinian authorized only for a ferry terminal. According to the Saipan Tribune, Commonwealth Ports Authority Christopher S. Tenorio has ordered the construction halt: “Until […] 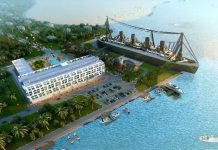 Tinian looks to CCC for guidance on regulations

November 29, 2019
The Tinian Casino Gaming Control Commission is requesting guidance from the Commonwealth Casino Commission in regards to regulations in Tinian, in light of a potential new casino investment. The investor, Bridge Investment Group is developing a 300-room casino resort on Tinian which is scheduled to open in the second quarter of 2020.  Tinian is also […]

April 5, 2018
The Pacific Island of Guam needs to approve casinos to avoid losing its tourists to the Commonwealth of Northern Mariana Islands, where gambling is permitted on Saipan, Tinian and Rota, a leading academic warned. “We need to use a special request for proposal (RFP) process to get the best deal possible from a single vendor […] 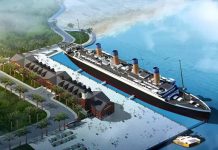 February 15, 2017
The company behind the $130-million Tinian Ocean View Resort and Casino has launched an online petition seeking support after the denial of a Master Siting Permit, local media reports. The Bridge Investment Group (BIG) said it has already spent more than $13 million on construction of the casino resort. However, a roadblock emerged when the […] 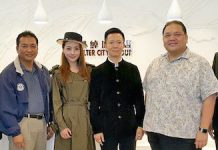 May 6, 2016
Tinian’s Mayor Joey P. San Nicolas says there has been serious interest from an investor who is willing to work with the Tinian Casino Gaming Control Commission towards being found suitable to assume ownership of the now closed Tinian Dynasty Hotel and Casino. The mayor recently visited Hong Kong and Beijing together with Sen. Francisco […]

September 1, 2015
Bridge Investment Group has chosen global leisure design firm, YWS Design, to masterplan its Tinian Ocean View Resort, the companies said in a press release.  The Resort is planned for development in the Northern Mariana Islands, specifically the island of Tinian – the only US Territory which allows visa free travel for Chinese and Russian […]