bwin.party is a global online gaming company. Listed on the London Stock Exchange (ticker:BPTY), the Group owns some of the world’s leading online gaming brands including bwin, partypoker, partycasino and Foxy Bingo.

September 22, 2015
BwinParty’s decision to accept a £1 billion ($1.5 billion) takeover offer by its far smaller rival GVC has been thrown into renewed question as the value of the bid plunged due to the bidder’s weak share price, the U.K.’s Independent newspaper reported. GVC’s takeover offer is now almost identical in value to the one BwinParty […] 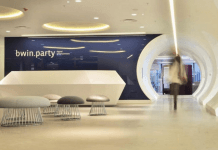 GVC says it will only re-bid for bwin.party if 888 increases offer

August 24, 2015
Having placed its takeover bid past the £1.1 billion ($1.7 billion) mark, GVC Holdings could “walk away” from its ongoing battle with 888 Holdings for bwin.party Entertainment, according to UK media. Speculation has been rife regarding the takeover of bwin.party and its two bidding rivals GVC and 888. Last week The London Times reported that […] 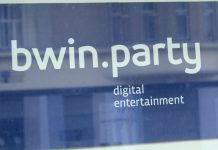 August 21, 2015
London AIM listed operator GVC Holdings is considering an increase to 130p ($2) per share for its takeover bid of bwin.party Entertainment, the London Times reported. The bid increase would represent GVC’s third attempt at luring bwin.party away from bid leader 888 Holdings, who has offered a takeover deal valued at £908 million. On 7 […]

August 10, 2015
GVC Holdings Plc issued a corporate statement confirming that it has made a new fully funded proposal for bwin.party Entertainment, in its attempt to win the takeover of the company from competitor 888 Holdings. Its new proposed bid will see bwin.party shareholders receive 25 pence ($0.40) in cash and 0.231 in new GVC issued […]

August 4, 2015
888 Holdings Chairman Brian Mattingley said he remains confident that his firm would win in its pursuit of bwin.party Entertainment, against the increased takeover bid of GVC Holdings. Mattingley who replaced executive chairman Richard Kilsby in May, told the UK newspaper The Times  that he expects a clean and fair fight for bwin.party operations, as […] 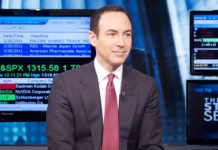 July 29, 2015
New York activist investor Jason Ader has suggested that GVC Holdings Plc will need to increase its 122.5p ($1.91) per share offer in order to succeed in its takeover bid for bwin.party Entertainment. Ader’s investment fund Springowl, which owns 5.2 percent of bwin.party, has stated that GVC Holdings and its bid backer Cerberus Capital Management […]

July 19, 2015
c by agreeing a deal to buy fellow operator bwin.party for £898.3 million ($1.4 billion). The deal was announced to the stock market this morning. It’s a huge achievement for the casino operator, given that before the announcement 888 had a market capitalisation of approximately £570.8m. 888 believes that the deal will provide significantly enhanced […]

July 14, 2015
This week marks a crucial chapter in the battle for bwin.party Entertainment, as industry analysts expect 888 Holdings to counter the £906 million reverse takeover offer put forward by GVC Holdings. At present GVC are thought to be front runners in the acquisition, as last week bwin.party governance confirmed the £908 million cash and new […]