Casino Deltin Denzong is operated by India-based Delta Corp, located in Hotel Denzong Regency in Gangtok, Sikkim. It opened in January 14, 2017. The establishment will have a live gaming casino offering with approximately 150 gaming positions. 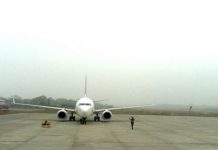 November 1, 2017
Sikkim is set to open its first public airport at the end of the month, which is likely to benefit the gambling industry in the state, local media reports. According to state government sources, the inauguration has been fixed for November 30, with the airport likely to commence commercial operations soon after. Currently, tourists looking […]

January 9, 2017
Delta Corp has announced it will launch its newest casino, Casino Deltin Denzong on January 14, 2017. The opening of the new casino was announced by Darshan Mehta, Head of Resarch of ET Now on his Twitter account, which was picked up by local media. According to the copy of the invitation shared by Mehta, […]