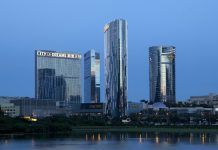 February 15, 2016
Melco Crown has reportedly adopted face recognition technology in an attempt to prevent banned patrons from entering its casinos, local media reports. The facial recognition system, named FaceVACS-VideoScan, scans people’s faces in live video streams and compares them to photos of banned persons which are stored in databases. The software is able to compute demographical […]