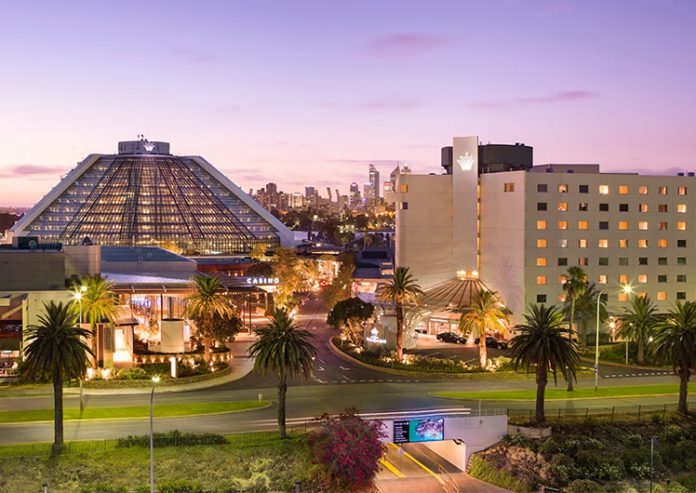 Crown Perth is a resort and casino located in Perth, in Western Australia. The resort consists of a casino, a convention centre, theatre, and two ballrooms, along with 32 restaurants and bars, a night club and recreational facilities. 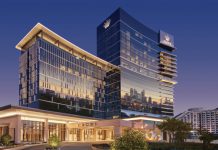 June 23, 2020
In a statement to the Australian Securities Exchange, Crown Resorts announced on Tuesday that Crown Perth would resume operations on Saturday, June 27. The reopening includes the casino floor as well as F&B operations. The note also explained that certain Covid-19 countermeasures have been agreed with the government of Western Australia, including capacity limits at […]

June 5, 2020
Crown Perth is launching the first stage of its return to business this weekend, with eight of the property’s 35 restaurants and bars resuming operations under strict social distancing guidelines. The reopened restaurants and bars include The Merrywell, Nobu, Silks, Modo Mio, TWR. and Bistro Guillaume, all of which have been closed for nearly two […] 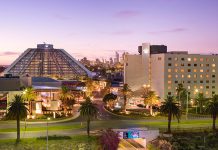 February 28, 2017
Australia-listed Crown Resorts has cut more than 200 jobs at its Perth operations as falling VIP patronage and reduced profits put pressure on earnings, local media reports. The company confirmed the redundancies on Tuesday to Western Australia news outlet, PerthNow. “A priority of ours is to support those affected by these changes. 5,500 people continue […]

April 21, 2016
HK-listed Jimei International Entertainment Group said it had entered into junket agreements with Australian and Cambodian casinos last year, according to its 2015 annual report. In February 2015, the junket investor signed an arrangement with Crown Perth to promote approximately 8 to 10 gaming tables at the Crown Perth Casino. In May, the group also […] 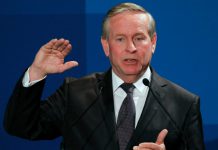 April 14, 2016
Western Australia’s Premier, Colin Barnett wants to lift the ban that prevents gambling on cruise ships within 12 nautical miles of the WA coast, The West Australian reports. The Premier is also wants to lift restrictions that currently prevents cruises that only operate between WA ports from opening casinos for passengers. Barnett said the ban […]

Jimei in profit in 15H1 as new businesses take off

August 17, 2015
Jimei International reported net profit of HK$52.8 million ($6.8 million) for the six months ended 30 June, compared to a loss of HK$8.3 million in the same months the year before.  The profit for the six months this year was mainly driven by the company’s newly established entertainment and gaming business. In February, Jimei started […]

May 18, 2015
Iao Kun Group Holdings said it has completed a transaction that will allow the VIP room gaming promoter to begin operations in Australia in Crown Resorts’ Melbourne and Perth casinos. The Hong Kong-listed company said it has completed the purchase of all the profit interests of Lou Kan Kuong. The seller, who is also linked […] 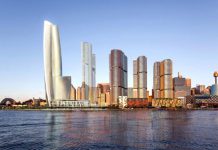 April 27, 2015
Crown announced that it has successfully raised $630 million after issuing 6.3 million subordinated notes at an issue price of $100 per note. The proceeds of the company’s Notes II offer will be used for general corporate purposes including financing Crown Sydney, Crown Towers Perth and other anticipated projects. “Notes II are expected to commence […]

April 21, 2015
Iao Kun Group Holdings, which operates through its subsidiaries as VIP room gaming promoter, announced it has entered into a non-binding memorandum of understanding to acquire all of the profit interests of Lou Kan Kuong  who will act as a junket operator for both Crown Perth Casino and Crown Melbourne Casino. In an announcement, Iao […]