Deutsche Bank AG is a German global banking and financial services company with its headquarters in the Deutsche Bank Twin Towers in Frankfurt. It has more than 100,000 employees in over 70 countries, and has a large presence in Europe, the Americas, Asia-Pacific and the emerging markets.

Karen Tang is the Head of Asian Gaming & Hotels Research at Deutsche Bank.She also covers the Hong Kong conglomerate stocks. For the past three years, she has been voted the No.1 Gaming & Lodging Analyst in the Institutional Investor survey. In 2011, she was also named Best Analyst in the Travel & Leisure sector by the Wall Street Journal for her stock-picking skills.Karen joined Deutsche Bank in 2003 and has more than 10 years of experience as a research analyst, previously covering the Hong Kong property sector. She graduated from the University of Cambridge, UK, with a Master's degree in economics.

October 2, 2018
Macau GGR in September rose only 2.8 percent year-on-year – affected by casino closures during Typhoon Mangkhut and related disruptions. According to data from the Gaming Inspection and Coordination Bureau (DICJ), Macau GGR reached MOP21.95 billion, up 2.8 percent. The amount recorded in September represents a 17.3 percent decrease from August 2018, which recorded GGR […]

July 10, 2018
GGR performance recovered in the first week of July, due partially to two weekends and fewer World Cup matches falling into the period, said a note from Bernstein on Tuesday. Macau GGR MTD was MOP 6.6 billion for the July 1 – 8 period, with MTD ADR of MOP 825 million, up 10 percent year-on-year. […]

June 5, 2018
Deutsche Bank analysts have trimmed their 18Q2 forecast for Wynn Resorts, due mainly to lower than anticipated VIP volumes, increasing competition, and the impact of the World Cup. “While we do not believe the World Cup or Euro Cup have had a meaningful influence on historical results, our checks indicate the proximity of this year’s […]

March 12, 2018
Universal Entertainment shares slumped a further 13 percent Monday, continuing a decline triggered by last week’s settlement of a legal case with Wynn Resorts. The stock dropped from 6,250 yen before news of the settlement Thursday to 4,590 yen by the end of the day Monday, a loss of more than 26 percent of its […] 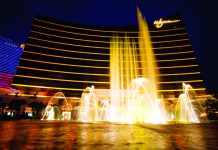 Mass ramping up, Wynn and Melco to benefit

November 21, 2017
Capacity expansion, ramp up of recently opened properties, transportation infrastructure improvements and strength of the Chinese premium consumer should continue to push up mass over the next five years, says Bernstein in a note on Tuesday. The brokerage said it has revised its estimates for 2017E-2022E CAGR to 8 percent for Total GGR, 6 percent […] 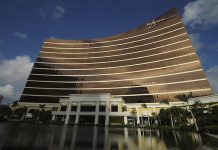 August 15, 2017
Wynn Resorts has been upgraded to buy from hold by analysts at Deutsche Bank due to a ramp up in the mass sector at Wynn Palace after floor reconfigurations and ongoing strength in the VIP market. “Our checks give us confidence that the reconfiguration of the mass floor has stimulated improved mass play,” the bank […] 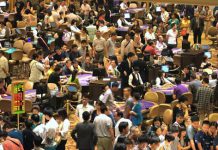 April 12, 2017
Analysts are likely to be watching for any commentary from management on the performance of the premium mass sector during the upcoming round of quarterly results, according to a note from Deutsche Bank. Macau stocks have outperformed the market year-to-date, but the bank said it doesn’t believe there are any expectations for a lot of […] 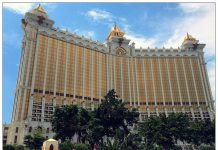 March 9, 2017
The consensus EBITDA forecasts for 2017 for Macau’s operators now look to be achievable for this year, after targets lacked harmony with gross gaming revenue growth throughout 2016, Deutsche Bank said in an analysis. The firm said that previously, forecasts for EBITDA has failed to take account of the cost pressures stemming from the opening […]

December 8, 2016
Paulo Martins Chan, director of the Gaming Inspection and Coordination Bureau says he is hopeful for revenue growth in Macau’s gaming sector in 2017, local media reports. “Gaming revenue is expected to see stable development next year, and hopefully go upward,” Chan said in an interview with Bloomberg. “Macau has started to see healthy and […] 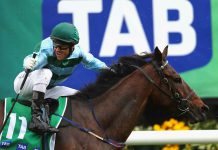 October 18, 2016
Australia-listed Tabcorp and Tatts Group said on Tuesday that they are in talks to create a A$9.34 billion ($7.1 billion) betting giant, Reuters reports. According to an investment banker involved in the talks, a transaction could be announced within the next two days. Tabcorp announced a “Trading Halt Session” on Tuesday in a filing to […] 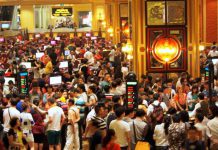 Macau at the start of mass-led GGR recovery: DB

September 11, 2016
Deutsche Bank‘s Karen Tang says Macau is on the cusp of a mass market recovery. The analyst, who conducted extensive interviews with “a dozen of casino service staff & premium mass hosts” says gaming spend per visitor has started to rise, and VIPs are returning as premium mass players, adding that Macau appears to be […]

December 12, 2015
The Macau Monetary Authority has confirmed it is stepping up supervision of the use of China UnionPay cards in pawn shops in a move analysts say is likely to impact the premium mass market. The MMA in a statement Friday confirmed that it will be implementing real-time monitoring of mainland bank cards at high-risk merchants. […]

November 10, 2015
Gross gambling revenue in the first week of November is pointing to a weak start for the month, prompting analysts to revise down their forecasts. According to Bernstein Research average daily revenue in the week through to Nov. 8th was MOP 525 million ($66 million), lower than October’s MOP 647 million rate, mainly due to […]

October 22, 2015
Las Vegas Sands 15Q3 results beat expectations due to continued cost cutting in Macau and a surprising upside in Singapore, but recent modest margin declines are likely to accelerate, Deutsche Bank said in a note. LVS’ adjusted net income decreased to $529.8 million, or $0.66 per diluted share, compared to $675.7 million, or $0.84 per […] 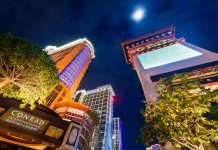 October 6, 2015
Macau’s operators are so far seeing little benefit to their bottom line from a shift in the business mix from the high roller to the mass market, though the mass segment does appear to be holding ground, analysts say. CLSA Research said after a series of investor meetings it is “assured” of the sustainability of […] 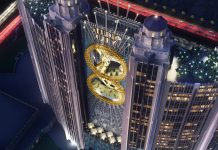 August 4, 2015
Melco Crown’s Studio City may receive roughly 150 gaming tables from the government for its Hollywood-themed Studio City resort, a number that will now “serve as the baseline for expectations” for future openings in Cotai, said Deutsche Bank Securities. Analysts Carlo Santarelli and Danny Valoy said, “while not necessarily a big surprise, we do believe […]

April 9, 2015
Deutsche Bank has revised down its revenue forecasts for the 2Q15 and the entire year, projecting gross gaming revenue will fall to 32.9 percent and 25.9 percent, respectively. Second quarter revenue was previously estimated to fall 26.3 percent year-on-year, and full year revenue, 21.4 percent. “Our estimate for April is -36.9%. We are estimating 2Q15 […] 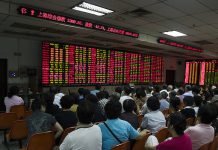 When the mainland Chinese government's anti-graft campaign began to bite into Macau's gaming revenue last year, many analysts suggested the big players had fled to safer ground in the then-booming Chinese stock market.But that bubble has now burst, with the Shanghai Composite Index seeing its worst daily fall in eight years in August, sending shockwaves through global bourses. If that boom is now well and truly over, is there any argument for a corresponding turnaround in Macau? 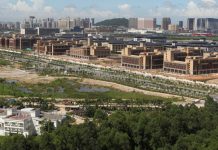 No end in sight to Macau slump as analysts cut estimates 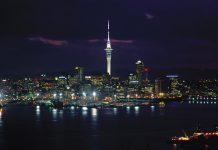 SkyCity Entertainment Group is optimistic about its prospects, but analyst reactions to its latest results have been lacklustre, while a major project designed to boost growth at home is facing difficulties. The company, which operates four casinos in New Zealand and two in Australia, is facing stagnant growth in its home market, while competition is set to mount in Australia. Overall in the 2013/2014 financial year New Zealanders spent $1.54 billion on the four main forms of gambling, an increase of less than one percent, while casino spending fell 2.1 percent. The company reported a flat profit of $66.6 million ($49 million) in its six monthly results on Wednesday, but also pointed to its increasing investment in Australia and its growing international business. SkyCity offered no full-year profit guidance, and its major capital investment project – an international convention centre in Auckland – is now in considerable doubt.