Entertainment Gaming Asia Inc. is a gaming company focused on the growing gaming markets of Asia.It primary business is its gaming operations, which includes our slot operations where we provide electronic gaming machines on both a revenue sharing (participation) and fixed lease basis to the growing and emerging gaming markets in Pan Asia, with a current focus on the Cambodia and Philippines markets. The company secures contracts to provide electronic gaming machines and related systems to premier hotels and other well-located gaming venues in Pan Asia. it retains ownership of the gaming machines and systems and receive recurring daily fees based on an agreed upon percentage of the net win or fixed fee per machine and provide on-site maintenance.When possible, the company seeks to develop and/or, operate the gaming clubs under our “Dreamworld” brand in the Indo-China region.Entertainment Gaming Asia Inc. is a publicly-traded company on the NASDAQ Capital Market under the symbol “EGT”. EGT Entertainment Holding, a wholly-owned subsidiary of the Hong Kong Stock Exchange listed Melco Group, holds approximately 65 percent interest in the company.

August 31, 2017
Melco International Development reported nearly a four-fold rise in net revenue for the first half of 2017, attributed mainly to strong performance from its gaming business. In February, Melco Intl became a majority owner of Melco Resorts & Entertainment and Entertainment Gaming Asia. In July, Melco Resorts reported an 18 percent increase in revenue in […]

EGT to delist from Nasdaq

June 15, 2017
Nasdaq-listed Entertainment Gaming Asia is set to become a privately-held company. On Wednesday, EGT Nevada Holding Inc, a subsidiary of Melco International Development Ltd said it had completed the previously announced tender offer for all of the issued and outstanding shares of common stock of Entertainment Gaming Asia Inc. According to a filing from EGT […] 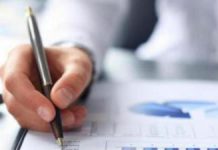 May 8, 2017
Entertainment Gaming Asia Inc. on Monday confirmed that Melco International Development Ltd. has commenced a cash tender offer to acquire all outstanding shares of the company. Melco International Development Limited, through its wholly-owned subsidiary EGT Nevada Holding Inc., commenced the unsolicited cash tender offer at a price of $2.35 net per share, according to a […] 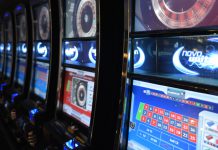 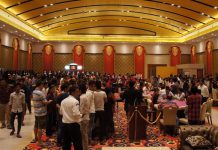 April 11, 2017
Entertainment Gaming Asia posted a widened net loss of $5.3 million in 2016, due to lower gaming operations revenue, higher operating expenses and higher taxes in its Philippine operations. The gaming supplier exited its operations in Cambodia in 2016, selling all of its EGM seats at NagaWorld Casino. At the time, Clarence Chung, chairman and […] 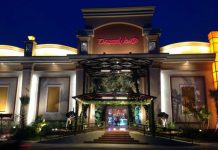 January 1, 2017
Gaming supplier Entertainment Gaming Asia (EGT) has sold its remaining gaming assets in Cambodia in an effort to streamline its business operations, local media reports. On Wednesday, the NASDAQ-listed gaming technology supplier announced it sold its gaming assets in Cambodia, which included 278 electronic gaming machine (EGM) seats at the Dreamworld Club (Poipet) and an […] 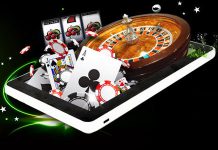 August 14, 2016
Pan-Asia focused Entertainment Gaming Asia is looking to develop an online social casino platform to offset its short-term revenue losses, the company said in a filing on Friday. EGA, which leases electronic gaming machines to casinos in Cambodia and the Philippines recently reported a decline in revenue for the second quarter of 2016 – at […] 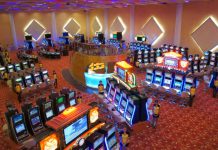 July 7, 2016
Pan-Asia focused Entertainment Gaming Asia Inc. has announced it will sell all 670 of its electronic gaming machine (EGM) seats placed at NagaWorld Casino to a third-party in Cambodia for US$2.5 million. In a press release on Wednesday, the company said that prior to the sale, the company had leased EGMs to NagaWorld and that […]

May 12, 2016
Entertainment Gaming Asia (EGT), a Hong Kong-listed gaming company, swung to a loss in Q1 on lower revenue mainly due to a decreased contribution from its gaming products business, which the company is exiting. The company reported a net loss of $1.5 million, or $0.10 per share, compared to net income of $570,000, or $0.04 […]

April 24, 2016
Gaming Partners International Corp. has announced that it has entered into a binding letter of intent to acquire the assets of an Entertainment Gaming Asia Inc. wholly-owned subsidiary, Dolphin Products Ltd. The Hong Kong subsidiary is a manufacturer and distributor of RFID and traditional gaming chips for major casinos in Asia and Australia. Under the […]

March 31, 2016
Slot machine contractor and gaming chip manufacturer Entertainment Gaming Asia secured a profit in 2015 as a result of higher slot operations revenue, as well as higher sales of gaming chips and plaques due to several new casino openings. The group reported net income increased approximately $3.7 million to $820,000 for the year ended Dec. […]

March 11, 2016
Pan-Asia focused Entertainment Gaming Asia Inc. has reported a 41 percent increase in consolidated revenue for the 2015 fiscal year, at $31.5 million, due to increases in gaming operations and gaming product business divisions, according to a recent release. Gaming operations revenue was up 11 percent to 18.1 million for the year, and average consolidated […] 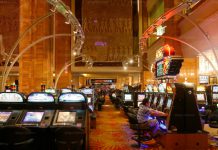 March 8, 2016
Nasdaq-listed Entertainment Gaming Asia Inc announced it will continue leasing slot machines and related equipment to Cambodia’s NagaWorld from Mar. 1, 2016, according to a recent filing. The gaming supplier says it has jointly operated a total of 670 slot machines on Nagaworld’s casino floor since May. 25, 2010, splitting net win from all machines […] 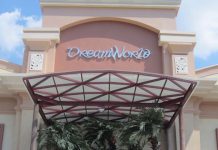 EGT swings back to profit in Q3 as revenue surges

November 10, 2015
Entertainment Gaming Asia swung to a profit in Q3 on higher revenue, as growth in its Cambodian gaming operations and an order from a new casino in Macau helped to offset a weaker performance in the Philippines. The company reported net income of $1.4 million, or $0.10 per share, on a weighted average diluted share […]

August 6, 2015
Entertainment Gaming Asia posted a 54 percent jump in Q2 revenue, helped by a gain in both its gaming operations and gaming products business, with strength in Cambodia offsetting weakness in the Philippines. Adjusted EBITDA was $3.3 million compared to $2.1 million in the second quarter of 2014. Excluding the discontinued operations from Dreamworld Pailin, […] 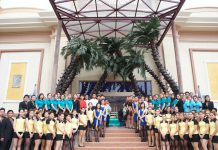 May 15, 2015
Entertainment Gaming Asia said its revenue soared 76 percent in 15Q1, helped by increases in both the gaming operations and product businesses. The total was $8.3 million compared with $4.7 million a year earlier. Gaming operations revenue was $4.0 million for the first quarter of 2015, an increase of 3 percent compared to $3.9 million […]