October 16, 2020
VIP baccarat revenue was up 51 percent quarter-on-quarter and made up almost 48 percent of the revenue for the quarter, while mass market revenue jumped 77 percent from Q2, accounting for 38 percent overall, according to government figures. 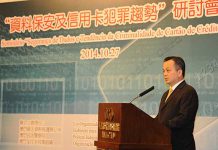 May 18, 2020
The Gaming Inspection and Coordination Bureau’s incoming director, Adriano Ho, is set to officially take office on June 10, according to local reports citing Macau secretary for Economy and Finance Lei Wai Nong. Last week it was reported that Adriano Ho would be taking over the role of DICJ director from Paulo Martins Chan, who […] 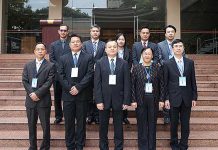 Paulo Martins Chan to step down as DICJ boss

May 12, 2020
Paulo Martins Chan will be stepping down from his position as the head of the Gaming Inspection and Coordination Bureau in June, to be replaced by Adriano Marques Ho, an advisor to Secretary for Security Wong Sio Chak, according to a report from Macau News Agency.  Sources told MNA that Chan will return to the […]

January 22, 2020
The Gaming Inspection and Coordination Bureau (DICJ) has asked its local gaming operators to reinforce preventive measures in their casinos, amid the outbreak of the coronavirus in Mainland China, local media reports.  According to Chinese authorities, the death toll from the new virus rose to six, with 258 confirmed cases recorded so far.  The Macau […] 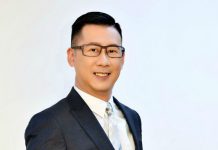 November 13, 2019
The director of the Gaming Inspection and Coordination Bureau said it is difficult for authorities to “completely eradicate” illegal online gambling operators, as servers are usually hosted outside its jurisdiction and target gamblers from mainland China, Macau Business reports.  “What we can is to do propaganda to raise awareness and inform that it is illegal… […] 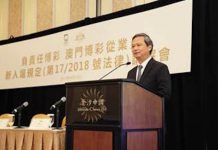 September 23, 2019
The Gaming Inspection and Coordination Bureau on Monday has imposed an instruction which prohibits gaming concessionaires and junkets from sharing any data it holds around its customers and their gaming activities to third parties, Macau News Agency reports.  The instruction was signed by DICJ director Paulo Martins Chan and comes into force on Monday, September […] 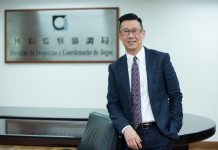 September 18, 2019
Paulo Martins Chan, director of the Gaming Inspection and Coordination Bureau (DICJ), has received the 2019 Regulator of the Year for Asia / Australasia by the International Masters of Gaming Law (IMGL). Each year, IMGL recognizes outstanding regulators based on stringent standards, including pre-eminence in the regulatory field and their noteworthy contributions to the overall […] 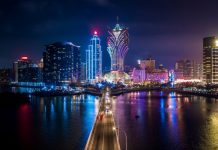 September 2, 2019
Macau August GGR missed expectations, falling 8.6 percent year-on-year to MOP24.3 billion, according to data from the Gaming Inspection and Coordination Bureau.  Analysts earlier said that GGR was impacted by Typhoon Lekima which hit coastal cities in China, and there continues to be pressure on junket VIP due to the negativity surrounding Suncity.  The analysts […]

August 8, 2019
The Gaming Inspection and Coordination Bureau has clarified that it will not ban digital surveillance equipment in casinos, but instead require operators to obtain approval prior to installation. Earlier this week, a Bloomberg report noted that the gaming regulator has restricted the use of some artificial intelligence tools that track gambling behavior. However, some media […] 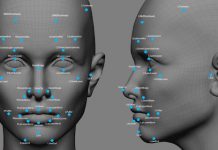 August 5, 2019
The Gaming Inspection and Coordination Bureau (DICJ) has restricted the use of some artificial intelligence tools that will help them track gambling behaviour, Bloomberg reports.

July 17, 2019
The head of Macau’s gaming regulator said the Gaming Inspection and Coordination Bureau has inspected 25 VIP rooms and found nothing illegal and confirmed that Suncity Holdings CEO Alvin Chao is not under investigation. 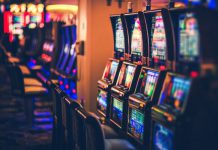 July 17, 2019
At least three casinos are reportedly testing facial recognition systems inside their premises, according to Macau’s gaming regulator. “Currently, two or three casinos are testing. During their operations, they have to strictly obey the personal data protection law,” said Paulo Martins Chan, the director of the Gaming Inspection and Coordination Bureau (DICJ).  When asked by […]

July 16, 2019
Gross gambling revenue in Macau’s mass market sector far outstripped the long-dominant VIP segment in Q2, helped in part by a reclassification of tables following the full smoking ban that came into effect in January. 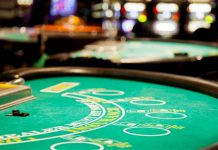 July 11, 2019
The Gaming Inspection and Coordination Bureau has issued a warning to the city’s six gaming concessionaires, stressing the need to adhere to local and foreign laws on gambling. The message was relayed during a meeting on Tuesday with the DICJ and representatives of Macau’s junkets and gaming concessionaires – only days after junket and IR […] 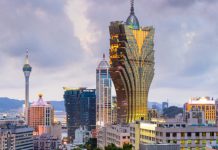 June 12, 2019
Macau’s six concessionaires met with the Gaming Inspection and Coordination Bureau earlier this week to coordinate measures ahead of the peak typhoon season, starting July. In a statement after the meeting, DICJ officials said the event served to discuss contingency plans that would be enforced. The local regulator acknowledged that the large number of tourists […] 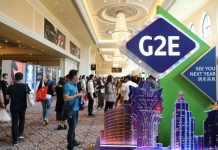 May 23, 2019
G2E Asia said it will continue to work with regulators to ensure products that are illegal in Macau are not on display at the show and says its exhibitors are “committed” to not promoting any online, or mobile, consumer facing products. May 7, 2019
The Gaming Inspection and Coordination Bureau (DICJ) has reiterated its stance against illegal online gambling, pledging to continue its work against illegal gambling activities, Macau Daily Times reports. In a recent letter to the government from a local organization, concerns were raised that online casino operators may take advantage of Macau’s position as a convention […] October 18, 2018
Mass market GGR rose 19.2 percent year-on-year in 18Q3, while VIP GGR increased only 3.6 percent in Macau in 18Q3, according to data from the Macau’s gaming regulator. The results come amidst a tumble in Macau stocks, which have fallen an average of 40 percent since June due to concerns surrounding the impact of the […]

October 2, 2018
Macau GGR in September rose only 2.8 percent year-on-year – affected by casino closures during Typhoon Mangkhut and related disruptions. According to data from the Gaming Inspection and Coordination Bureau (DICJ), Macau GGR reached MOP21.95 billion, up 2.8 percent. The amount recorded in September represents a 17.3 percent decrease from August 2018, which recorded GGR […] 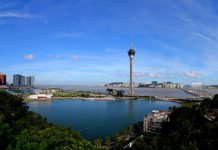 September 13, 2018
Gambling participation amongst Macau locals has decreased over the last 15 years, according to a government study, Macau Daily Times reports. Published jointly by the Gaming Inspection and Coordination Bureau (DICJ), Social Affairs Bureau (IAS) and the University of Macau (UM), the responsible gambling work report shows a fall in gambling participation rate amongst locals […]

Macau GGR up 17.1 percent in August

September 3, 2018
Macau gross gaming revenue grew 17.1 percent year-on-year in August, reaching MOP 26.6 billion (US$3.3 billion) according to the Gaming Inspection and Coordination Bureau (DICJ). The results exceeded analyst expectations, who were expecting only a 15 percent year-on-year rise in GGR in the month. On Saturday, Union Gaming said August was favorable with an additional […]

June 18, 2018
The Macau government on Friday submitted a bill that will restrict casino workers from entering gaming venues when off-duty, according to a report from Macau TDM. Those included in the entry ban are gaming table and machine operators, promoters, workers in cashier cages, security and cleaning staff, restaurant staff, and staff members that work in […]

June 18, 2018
Melco’s Lawrence Ho is confident his company will be granted more new-to-market gaming tables next year, TDM News reports. The company’s newest hotel tower, Morpheus, officially opened its doors on Friday after receiving its hotel and gaming license on Thursday. The 770-room hotel opened with 40 gaming tables transferred from other Melco properties, however, Ho […]