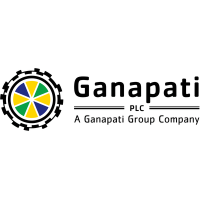 Ganapati Malta is a supplier of high-quality, entertainment-focused online casino content for the international gaming industry.Established in 2016 by a group of experienced entrepreneurs from around the world, Ganapati Malta supplies the online gaming market with titles that combine the best Japanese game logic and design with a unique entertainment element.Part of the Ganapati Group and with offices in Tokyo, Los Angeles, London, Malta and Estonia, Ganapati games utilise the provider’s contacts across the entertainment industry and feature licensed IP from internationally-recognised studios along with its own in-house studios.Ganapati Malta is currently undergoing the licensing process in Malta and the UK, with further plans to expand across regulated markets worldwide.

Co-CEO of GanaEight, a unit of the Ganapati Group that issued G8 tokens.

Co-CEO of Ganapati unit GanaEight, an issuer of the G8 token

December 9, 2020
Ganapati PLC founder Hayato Kinoshita has been indicted by Taiwanese prosecutors along with a dozen other people for illegally operating online gambling, rejecting defense arguments that they were several steps distant from any legal violations. 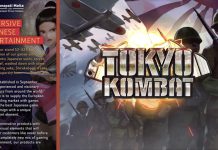 July 17, 2020
Ganapati is arguably the most prominent firm in the online gambling industry that brings a touch of Japanese culture to the online gambling market. The firm’s founder, Hayato Kinoshita, was detained by police last week in Taiwan on gambling-related charges and reportedly faces up to three years in prison if he is prosecuted and convicted. […] 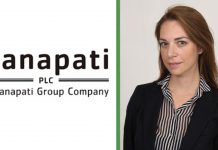 July 16, 2020
Ganapati CEO Juliet Adelstein has issued a letter to Asia Gaming Brief refuting various media reports regarding her online gambling company, which is well known for using Japanese motifs in its online products. The issuance of the letter was prompted by the police raid on Gamatron Studios, reported by the Taiwanese media on July 7, […] 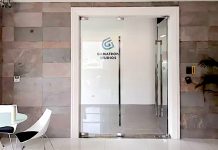 July 9, 2020
Police have raided the offices of Gamatron Studios in Taipei’s Neihu Technology Park, arresting 31 people, including the top executive, named Kinoshita. Kinoshita is believed to be Hayato Kinoshita, founder of Ganapati PLC, the prominent online gaming firm. Also arrested were two other Japanese, 27 Taiwanese, and one person, the accountant, who is from Hong […] 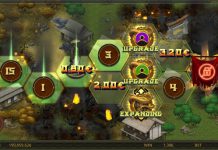 October 29, 2019
International iGaming supplier Ganapati PLC presents another release well worth a play at MGS 2019.  End of Edo is set in a period of Japan’s history known as the Fall of Edo – a time when the country’s militant, samurai rule was brought to an end and power was restored to the Emperor. The Fall […] 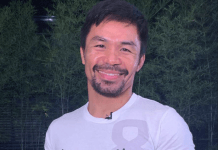 August 1, 2019
Ganapati PLC’s latest initiative packs quite a punch. The global supplier of Japanese content recently announced its intention to produce an official Manny Pacquiao slot game, to add to the company’s portfolio. Pacquiao One Punch KO, to be released this September, will take the form of a 3×5 cascading slot with 25 pay lines and […]

July 20, 2019
Ganapati plans to release a Manny Pacquiao-themed slot game in September this year, with proceeds to be channelled to the legendary boxer’s foundation, which supports children’s education in the Philippines.

February 25, 2019
Ganapati’s latest slot game, Samurai Girl, which is due to go live on February 28, has been produced in collaboration with Japanese online betting company Chariloto Co., Ltd. and Japanese entertainment service provider, CYBIRD Co., Ltd. Chariloto is a Japanese company operating the online sales of betting on bicycle racing and auto racing. These professional […] 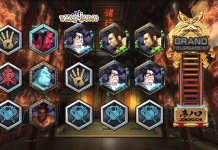 October 5, 2018
Online casino content supplier Ganapati has announced the release of their latest online slot, Wild Sumo. It has been created in collaboration with one of the most renowned Japanese consumer game companies and it’s the 8th slot game to complement Ganapati’s existing portfolio of slot games. Wild Sumo is five by three-reel, 10 pay lines […]

September 25, 2018
With the phenomena of cryptocurrency and blockchain making waves around the world in recent years, it was only a matter of time before they reached the online casino industry. GanaEight Coin Limited, part of the Ganapati Group, is looking to be at the forefront of this movement. The group has already made a name for itself this […]

September 6, 2018
Online casino content supplier Ganapati has announced that its iconic Japanese games are now live with leading operator Video Slots. Ganapati’s catalogue of popular titles, including the hilarious Pikotaro’s Pineappe Pen and fantastical CrypBattle and CrypCrusade, will be featured on the site. The Ganapati original, She Ninja Suzu, is a particular highlight, with its striking […]

July 25, 2018
Ganapati Group has appointed two lawyers from Japan and Malta as Co-CEOs of GanaEight Coin Limited, the issuer of the G8C tokens to be used in online casinos.

July 9, 2018
Online gaming supplier Ganapati Group has announced the creation of a new Initial Coin Offering (ICO) with their subsidiary company GanaEight Coin Ltd in Malta. The G8C token is dedicated to the online casino market. Ganapati PLC, the parent company of the Ganapati group, is listed on the UK NEX Exchange market. It also has […]

May 30, 2018
Ganapati entered the international online casino market in April after more than a year of preparation, aiming to bring an unique Japanese look appealing to gamblers and gamers alike.

May 1, 2018
Ganapati will be showcasing its newly launched CrypBattle at G2E Asia, a game that highlights the company’s mission to bring the colourful culture of Japan to the online casino market. Based on the highly-popular Japanese phone game CrypTract, CrypBattle is set on the continent of Centrea, where the Empire of Gilsania holds incredible power. Terrifying […] 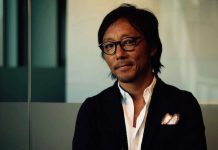 June 1, 2017
Ganapati Malta has been awarded a Class 4 licence by the Malta Gaming Authority (MGA), which will allow it to offer its Japanese-themed slots to Malta-licensed operators. Its games include titles such as CrypBattle and She Ninja Suzu. “Having our first licence in Malta is a milestone for the company and we are proud to […]

Betting on Football expands exhibition in 2017

March 1, 2017
Betting on Football will see its biggest ever exhibition space this year after organizers SBC Events extended the floorspace due to popular demand. After selling out 95 percent of the available stands at the conference held at Stamford Bridge on May 3-5, SBC Events has made more space available on the show floor to enable […]

February 12, 2017
Slots developer, Ganapati, has reached an agreement to launch a new game around the hit Japanese single ‘Pen-Pineapple-Apple-Pen’. The single was released by singer-songwriter PIKOTARO, and was produced by superstar comedian Daimaou Kosaka. The single was released on YouTube in August 2016 reaching 110 million views. With 96,000 related videos uploaded, the total number had […]