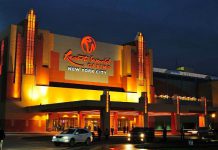 July 14, 2017
Genting is breaking ground on a US$400 million expansion at its Resorts World casino in New York, local media reports. The expansion will include a hotel, restaurants, retail stores, and additional slot machines. Since its opening in 2011, Genting New York has become a popular spot for gamblers. The establishment is the highest-grossing slots […]