The Ho Tram Strip is a multi-phase luxurious oceanfront resort destination in Ba Ria-Vung Tau Province in southern Vietnam.The first phase of its development is The Grand – Ho Tram Strip, Vietnam’s first large scale integrated resort and ultimately will include an 1,100-room, five-star hotel, a world-class gaming facility, restaurants, premium meeting space, an exclusive VIP area, a championship golf course, as well as a variety of beach-front recreation activities. The first 541-room tower of this development opened in July 2013, with its second 559-room tower on track to open in 2015. It will be the initial component of the largest integrated resort complex in Vietnam.The second integrated resort will be operated by Pinnacle Entertainment Group, and the Ho Tram Strip will further include three other five star resorts, all set along a 2.2 kilometer beach-front, surrounded by protected forest, and located around 2.5 hours from Ho Chi Minh City.The Ho Tram Strip further includes a Greg Norman designed golf course, The Bluffs, which Mr. Norman himself described as “one of the three most beautiful courses” that he has ever been associated with.With a focus on providing a personalized blend of excitement and relaxation, the Ho Tram Strip will feature something for everyone, from lavish entertainment to premium shopping and exceptional recreational facilities.

Capacity not demand seen as key issue in casino reopening

June 9, 2020
The lack of capacity due to social distancing measures will be the key challenge for operators in opening their properties and not the lack of demand, says Angel Sueiro, chief operating officer of PH Resorts.

December 15, 2017
The Ho Tram Project Company said it has begun construction work on the next phase of the $4.2 billion Grand Ho Tram IR project in Vietnam, breaking ground for the Kahuna Ho Tram Strip Condotel and Villa Development. “With the commencement of piling today, we aim to be fully operational in early 2019. As the […]

May 16, 2017
Prime Minister Nguyen Xuan Phuc reportedly met with his advisors on Tuesday about potentially allowing locals to enter the casino at Grand Ho Tram. Augustine Vinh, president of Stellar Management, revealed the fact during a panel session focusing on locals gambling on Tuesday at the G2E Asia conference. A decision on the matter is likely […]

January 24, 2017
Vietnam’s move to allow locals to gamble should not have a significant impact on casinos in Cambodia, says Ros Phirun, deputy director-general of the Finance Ministry of Cambodia. Last Friday, the Vietnamese government officially lifted its long-standing ban on gambling, allowing locals to enter approved casinos. It is currently understood that two casinos, one in […]

Philip Falcone meets with minister of planning and investment

September 22, 2016
The Grand Ho Tram principal investor Philip Falcone met with Vietnam’s minister of planning and investment during his visit to the United States. According to a press release, during the meeting, Falcone discussed the steps to expand development of The Grand Ho Tram and increase investment in the region, while the Minister provided his perspective […] 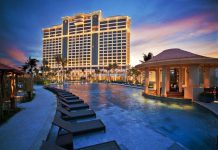 September 19, 2016
Asian Coast Development Ltd. (ACDL), developer of The Grand Ho Tram, has announced the appointment of Mr. Tony Podesta and Ms. Loretta Pickus to its board of directors. The two independent board members bring half century of experience in the hospitality industry and government affairs, said the company in a press release. Executive chairman and […]

May 24, 2016
The Grand Ho Tram Strip has announced it has signed a memorandum of understanding (MOU) with Cotec Construction Joint Stock Company to build a new hotel tower. According to a press release, the MOU was signed on May 23 with the construction firm to cooperate on a $75 million expansion of the integrated resort complex, […]

December 3, 2015
The Ho Tram Project Company (HTP) and Vietnamese construction giant, Coteccons today signed a Memorandum of Understanding to develop a series of new residential towers on HTP’s 400 acre site two hours from Ho Chi Minh City. The MOU sees the companies agree to the development of a multi-tower development that is planned to feature […]

September 8, 2015
Vietnam’s Ho Tram Resort Casino and World Players Entertainment jointly announced the second Vietnam Poker Cup will be held in the casino’s poker room from 16 to 18 October 2015. The event follows the inaugural Vietnam Poker Cup last month and APT Vietnam in May. The poker cup features buy-ins ranging from $55 to the […]

Vietnam’s gambling industry stayed largely out of the headlines in 2019, though projects have been inching their way forward, with the country’s largest resort to date scheduled to open in the first half of this year.

Over the past 20 years, parts of Indochina have become a hotbed for casino gaming. Yet while this corner of Southeast Asia can be a challenging environment and not a guaranteed license to print money, certain casino operators have struck gold there. Arguably two of the region’s biggest winners are Crown International Club in Danang, Vietnam and NagaWorld in Phnom Penh, Cambodia. 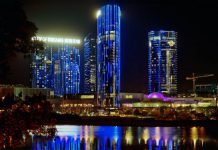 Asia’s gaming markets have seen a strong first half, with Macau, the Philippines and Cambodia leading the way, prompting some analysts to revise upwards their targets for the full year. But it hasn’t all been plain sailing; the fatal attack on Resorts World Manila lead to a suspension of its gambling operations in June, while South Korea continues to underperform after a diplomatic spat with China, which banned tour groups after Seoul agreed to deploy a U.S. missile shield.

The ruling Communist Party of Vietnam has recently made it clear that it supports the creation of a new gaming industry and will allow local Vietnamese to enter designated casinos on a trial basis. AGB spoke to Prof. Augustine Ha Ton Vinh about the new legislation during the East Meets West Regulators Summit in the Philippines, Oct. 26-28, 2016. Vinh is a Vietnam gaming expert and Senior Advisor to the Van Don Special Economic Zone and Integrated Resorts. He was a guest speaker at the Summit and told us locals will be allowed in two venues.

The dramatic slump in Asia’s VIP revenue over the past two years has forced operators to trim costs and diversify income sources to plug the gap. While much of the focus has been on boosting non-gaming and tapping into the mass market, companies have also been looking at ways of unlocking shareholder value through monetizing extensive fixed assets. From real estate spinoffs, to timeshares and outright sales, many options are being considered.

Vietnam’s slow-moving legislative process, combined with the burden of the existing regulations, means the country’s full potential as a gaming destination won’t be reached until the next decade at the earliest, industry experts say. Although there has been a lot of speculation that there will be some relaxation of these rules, it now doesn’t look likely to happen for some time to come.