The Independent Liquor and Gaming Authority is responsible for performing casino, liquor and gaming machine regulatory and other decision-making functions on behalf of government. It also has similar responsibilities for registered clubs. 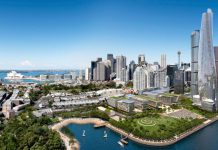 June 25, 2020
The NSW government’s inquiry into Crown Resorts’ casino license in Sydney is set to resume after a three-month suspension due to covid-19, however, the scope of the inquiry will narrow, local media reports. The inquiry, conducted by the Liquor and Gaming Authority in NSW was launched last year following an investigative report by The Age, […] 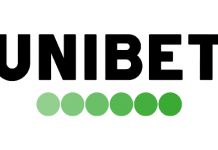 December 18, 2019
Australian wagering company Betchoice, trading as Unibet, has been convicted and reprimanded for offering illegal gambling inducements to NSW residents.  According to Liquor and Gaming NSW, the state’s regulatory body, the penalty was handed down in Sydney’s Downing Centre Local Court on 15 December. The prosecution follows a Liquor & Gaming NSW investigation into promotions […]

Crown licenses could be scrutinized

March 6, 2017
Crown’s local casino licenses may be reviewed should any of its staff under arrest in China be convicted of an offence, says the former head of the NSW gaming regulator. In a report from ABC’s Four Corners, Chris Sidoti, former chair of the NSW Independent Liquor and Gaming Authority, said any convictions of Crown’s staff […]

May 25, 2016
A former chair of the NSW Independent Liquor and Gaming Authority says Sydney’s Star Casino is at ‘major risk’ from organized crime after dramatic changes to casino regulation in NSW, ABC News reports. Chris Sidoti, who quit his post in February, said last year’s legislative changes which shift specialist casino inspectors into a larger pool […]

May 27, 2015
Australian regulators are close to giving approval to Malaysia’s Genting to up its stake in Echo Entertainment from 6 percent to 25 percent, local media reports. Genting applied to the Independent Liquor and Gaming Authority three years ago to lift its stake in Echo Entertainment. The authority was due to decide on Tuesday, but has […]