Jupiters Hotel & Casino is a hotel casino run by The Star Entertainment Group. Located in Gold Coast in Queensland, Australia, the casino hotel includes a world-class hotel with the excitement of award-winning restaurants, lively bars, spectacular stage shows and concerts, plus the non-stop action of a 24-hour casino. Located moments from the bustling Broadbeach precinct, Jupiters has been part of the local Gold Coast community for 30 years.The seven acre complex includes eight bars, seven restaurants, conference facilities, a ballroom, theatre, health spa, gym, and a monorail which connects the property to the Oasis Shopping Centre across the road. The hotel, with 592 rooms, stands 66 metres (216 feet) and has 21 floors. The complex is governed under the Jupiters Casino Agreement Act

October 23, 2016
An international joint venture led by Star Entertainment is finalizing a deal to pay up to A$160 million ($121.7 million) for a beachfront resort in Queensland, local media reports. The gaming company, which is working in conjunction with Hong Kong developer Far East Consortium and retailer Chow Tai Fook, is hoping to see a revamped […]

August 26, 2016
Australia-listed Star Entertainment Group says strong earnings growth continued in its full year 2016, with good revenue growth across all lines of business. In a filing to the Australian Stock Exchange on Friday, the casino operator reported normalized net profit after tax of A$241.3 million ($183.9 million), up 23.4 percent, and normalized EBITDA of A$556 […]

May 17, 2016
Australia-listed Star Entertainment Group has confirmed it will be further boosting its investment of its Gold Coast property with a new 200 meter tower, local media reports. The Star made the announcement in the Gold Coast yesterday alongside Queensland premier Annastacia Palaszczuk. “We are very confident in the long-term tourism prospects of Australia,” said The […] 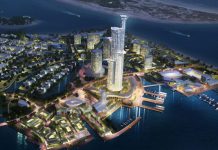 April 17, 2016
Australia-listed Crown Resorts is reportedly in secret negotiations with a Chinese-backed consortium to build and operate a A$2 billion (US$1.5 billion) waterfront casino on the Gold Coast, The Australian reports. The ASF consortium, consisting of two Chinese stated-owned partners is reportedly negotiating with Crown to operate the casino, which will be located on the Gold […]

February 12, 2016
Star Entertainment Group has announced plans to build a second tower at its Gold Coast Jupiters Casino site, according to local media. The group has revealed it has begun the planning process for its new 200-meter hotel tower, which will be in addition to an AU$345 million (US$245 million) refurbishment of the existing hotel […] 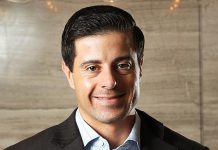 July 9, 2015
Gaming group Aquis announced it has appointed former Jupiters Hotel and Casino managing director Aaron Gomes as a senior consultant for new projects. Gomes was managing director of Jupiters from October 2012 to June 2014, responsible for all operations of the property, including overseeing more than 2,000 employees and planning for a $400 million capital […]