The Lodha committee, comprising Former CJI Lodha and former Supreme Court judges Ashok Bhan and R. Raveendran, was set up by the apex court to clean up BCCI. The recommendations are aimed at making root-and-branch reforms and changing the year old elite formation of BCCI that ruled the Indian cricket at central and state levels. Structural reforms, specific rules to eliminate conflicts of interest and creation of near-permanent tenures and fiefdoms are targeted.

January 11, 2017
A law firm has reportedly been engaged by the Law Commission to gather opinion on whether sports could be legalized in India, local media reports. The law firm will also be examining whether the Board of Cricket Control in India (BCCI) could be brought under the Right to Information Act, after a recommendation made by […] 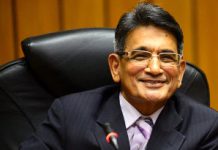 Legalization of betting falls in domain of legislature: SC

July 19, 2016
The Supreme Court has passed on the responsibility of determining whether to legalize betting in India, Glaws reports. The Supreme Court noted (in the obiter dicta or non-binding portion of the judgment) that it is up to the Government or Law Commission to decide whether betting can be legalized in the country, implying that individual […]