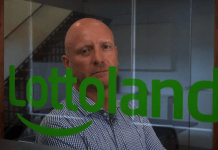 June 8, 2018
Gibraltar-based Lottoland says it has close to 16,000 Australians are in opposition to the federal ban on lottery betting, local media reports. Last month, Australia’s House of Representatives passed a bill (which amends the Interactive Gambling Act 2001,) which will see the practice become illegal in the country. “The public response to this petition has […]

May 10, 2018
Australia has moved one step closer to a complete ban on lottery betting, despite protests from lottery betting operators in the country. On Thursday, Australia’s House of Representatives passed a bill (which amends the Interactive Gambling Act 2001,) which will see the practice become illegal in the country. It is understood that both the Federal […] 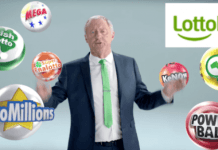 Lottery betting to be banned in all forms

March 27, 2018
Lottery betting, or synthetic lotteries will be banned in Australia under new legislation slated to be introduced on Wednesday, local media reports. Communications Minister Mitch Fifield has announced the Turnbull government will introduce legislation tomorrow, citing the threat that lottery betting poses to traditional lottery distributors in the country. Reported by The Australian, Senator Fifield […] 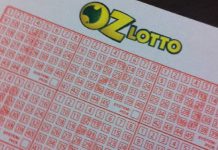 November 15, 2017
Lottoland has been barred from accepting bets on the outcome of Australian lotteries, after a decision was handed down from Northern Territory Attorney-General Natasha Fyles on Tuesday. In a statement to the NT News on Tuesday night, Ms Fyles said the move was a response to concerns Lottoland’s “synthetic business practice” had “undercut” Territory businesses […]

October 19, 2017
Foreign lottery betting company Lottoland is offering newsagents a “peace deal” in an attempt to alleviate calls to outlaw the company’s business model, local media reports. Over the last few months, Lottoland has been under siege from state governments pushing to put an end to the company’s lottery betting or “synthetic lottery” model. The “peace […]

October 11, 2017
Lottoland management are in Perth this week to try to deter a proposed ban on online lottery betting businesses, local media reports. Chief executive Luke Brill reportedly met with a cross-section of State MPs on Wednesday to plead the company’s case. “We want to sit down and work out how we can work with them […] 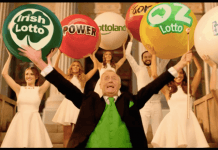 October 5, 2017
The NSW government is looking to restrict the operation of “synthetic lotteries” such as those run by online betting agency Lottoland, local media reports. Racing Minister Paul Toole said lottery betting products may be in breach of existing wagering legislation. “Payment of winnings may rely on complex commercial arrangements between the operator and its insurer,” […]

September 11, 2017
Online lottery betting may soon be outlawed in several Australian states, as gambling regulators come under increasing pressure to crack down on the lucrative business model, local media reports. Online lottery betting has been gathering momentum in Australia, with Gibraltar-based Lottoland seeing a lot of success in the market. Last week, CrownBet announced it would […]

January 14, 2016
Tatts may see its near total lottery monopoly threatened by Gibraltar-based online lottery betting operator, Lottoland, local media reports. Lottoland has been making headlines in the last few days, after it was announced that the massive $1.5 billion Powerball Jackpot was open to Australians, made possible as a result of a five-year wagering licence granted […]

January 12, 2016
Lottoland has been awarded a five-year licence by the Northern Territory Racing Commission, the first of its kind, to offer online betting on the outcomes of state and international lotteries across Australia. The lottery company also holds online gambling licences from the Government of Gibraltar, and the UK Gambling Commission. Nigel Birrell, Chief Executive of […] 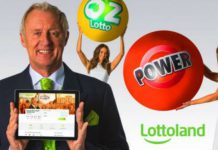 Lottoland pledges to fight on after domestic ban

Lottoland, which was barred this week from taking bets on domestic Australian lotteries, vows to press on with its international business in the country and warned that the growing online operations of the incumbents pose a greater threat than it does to agents and ticket sellers. The ban follows a simmering campaign against the company by critics who claim the government is losing tax revenue and news agents and other lottery sellers and taking a hit.