March 6, 2017
Around 68.7 percent of respondents to a new survey by the Macau Gaming Enterprises Staff Association have expressed their desire to work in smoke free casinos, Macau Business reports. According to the survey, which questioned 1,981 gaming workers in Macau, 29.4 percent were in support of the setting up of smoking lounges, while 61 per […] 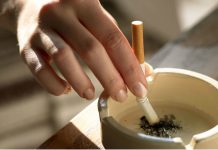 September 6, 2016
Macau’s Health Bureau has defended its enforcement of the smoking ban in Macau’s casinos to date, saying it has been effective. The government bureau made the comments in response to a petition filed by by the Macau Gaming Enterprises Staff Association of Macau Federation of Trade Unions (FAOM) last week, alleging that the government’s enforcement […] 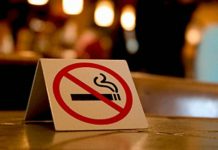 September 4, 2016
A Macau casino labor union has petitioned the government to strengthen the enforcement of its smoking ban in gaming venues, local media reports. The petition was presented to Secretary for Social Affairs and Culture, Alexis Tam Chon Weng, prepared by the Macau Gaming Enterprises Staff Association and Macau Federation of Trade Unions (FAOM). According to […]

April 21, 2016
A Macau labor group has urged the government to mandate employees’ holiday entitlement in its next revision of the Labor Relations Law, local media reports.  Labor organizations are also petitioning the special administrative region’s government to enact a one-day smoking ban at all of the city’s casino venues on May 1. Kelvin Choi Kam Fu, […]

June 18, 2015
The secretary general of the Macau Gaming Enterprises Staff Association said that the results of a recent survey that shows most casino employees are in favor of smoking lounges are skewed due to respondents being under pressure to give certain answers. Kelvin Choi Kam Fu said that when taking part in the survey some casino […]

January 29, 2015
Macau’s largest and most influential trade group, the Macau Federation of Trade Unions, is pushing the government to implement a full smoking ban in casinos. The group will start collecting signatures to petition the government to ban smoking from VIP rooms and smoking lounges on mass casino floors. A ceremony to mark the beginning of […]