Macau Jockey Club was formerly the Macau Trotting Club. In 1989, the Trotting Club changed ownership and was transformed into the present Macau Jockey Club for flat-racing. The first race was held on 10 September 1989. In 1991, the Macau Jockey Club was acquired by a consortium led by Dr Stanley Ho. The Board of Directors appoints a Chief Executive to handle the daily administration and management of the Club while the Management Committee composed of members of the Board of Directors is responsible for major policy-making.The Macau Jockey Club is one of the largest private employers of Macau with around 800 employees (of which about 400 are stable hands) and over 300 part-timers.The Macau Jockey Club has races all year round. Racing Season starts in September and ends at the end of August in the following year. Basically, there are two racemeetings per week, night meeting on Fridays and day meeting or twilight meeting on weekends. The Club also simulcasts Hong Kong, South Africa, Singapore, Malaysia or Australia race on Wednesday, Friday, Saturday or Sunday. 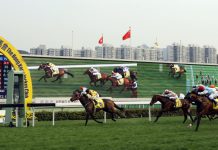 February 27, 2018
The Macau government on Wednesday agreed to extend the horse racing concession of the Macau Jockey Club for 24 years and six months, according to Macau’s Secretary for Economy and Finance, Leong Vai Tac. The renewal will see MJC continue to run horse racing in the city until 31 August 2042. The original concession was […]

August 8, 2017
The Macau SAR government has extended the concession granted to Macau Horse Racing Company Ltd for a period of six months, reports local media. The operator’s currently horserace betting license was originally set to expire at the end of this month, however, it is understood that the Macau government is still looking at the development […]

September 13, 2016
The Macau Jockey Club’s proposal to rectify its alleged violation of the Commercial Code is still under analysis, Macau Business Daily has learned from the Gaming Inspection and Coordination Bureau (DICJ). The Macau gaming regulator declined to comment on the details of the proposal and the legal consequences the company could face. At the end […]

August 29, 2016
The Macau Jockey Club is reportedly at risk of violating the Commercial Code of the MSAR, which could see the company dissolved if it does not rectify its situation by the end of the month. According to a report from Portuguese-language newspaper Hoje Macau, Macau Jockey Club posted a loss of MOP 88 million ($11 […]

June 21, 2016
Angela Leong On Kei, vice chairperson of Macau Horse Racing Co. Ltd is hoping for new business strategies which could alleviate pressures from declining revenue at the Macau Jockey Club, Macau TDM reports. At the sidelines of a public event on Sunday, the racing executive said revenues have been decreasing as a result of the […]

September 13, 2015
The head of animal rights group Anima fears the two-year extension of the horse-racing concession will end up with the Macau Jockey Club being redeveloped for profit, TDM reported. Albano Martins told the media station that an upcoming study on the impact of the Canidrome greyhound track would likely recommend that it shuts down. The […] 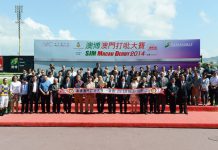 July 9, 2015
The parent company of the Macau Jockey Club said its loss widened to about MOP51.25 million (about US$6.41 million) in 2014 and it intends to ask the government for an extension of its concession to run horse racing in Macau. The Macau Racing Co. Ltd. disclosed the loss in the Official Gazette. In 2013, it had […] 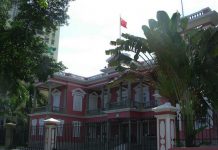 Macau regulatory round up — current state of play

The Macau Chief Executive is the ultimate government authority in determining policy, licensing and regulating the operation of casino games of chance and other gambling activities in Macau. In exercising such powers, the Macau Chief Executive is assisted by the Gaming Inspection and Coordination Bureau, best known for its Portuguese acronym “DICJ”. 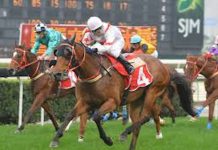 Racing to find a fix for Macau malaise?

The creation of a global sports brand based around horse and greyhound racing as part of a vision to promote Macau as a World Centre for Tourism and Leisure is likely to remain a pipedream without significant investment and de-regulation, insiders say.As gaming revenue continues to fall in Macau many experts have called for the gambling mecca to let go of its reliance on casino games and diversify into tourism, potentially with an emphasis on sporting or cultural activities.