The Land, Public Works and Transport Bureau is a department under the Secretariat for Transport and Public Works of Macau. It is responsible for government policy and regulation over:Transport in MacauLand use, sale land and public lands in MacauPublic works and public infrastructure in Macau

December 1, 2016
Casino operators Wynn Macau Ltd. and MGM China Holdings Ltd. have launched a joint shuttle bus service connecting passengers between the Border Gate, Wynn Macau and MGM Macau. The service, which launched on Thursday, was in “response to the Macau SAR government’s transport integration arrangement,” according to the operators in a joint press release on […] 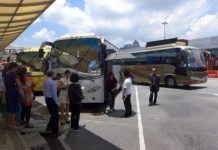 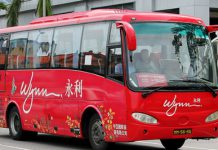 April 15, 2016
Two of Macau’s operators have changed their shuttle bus policies to require customers to produce their casino loyalty card in order to board, local media reports. The Wynn Macau and MGM China Holdings Ltd have reportedly changed their policies from March 1, which requires customers who travel on the shuttle to provide a purchase receipt […]