July 23, 2018
Macau (Yat Yuen) Canidrome, which was forced to move out from the canidrome premises on Friday, may be required to pay hefty fines for the abandonment of their 533 greyhounds, local media reports. On Friday, lawyers representing Yat Yuen tried to have the dogs handed over to the Civic and Municipal Affairs Bureau (IACM) under […] 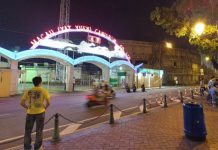 July 13, 2018
The Gaming Inspection and Coordination Bureau on Thursday confirmed it had rejected the extension requested by Macau Yat Yuen Canidrome, and that the July 20 deadline still stands, local media reports. Earlier this week, the Canidrome submitted its greyhound re-homing plan to the DICJ, which asked for the use of Macau Jockey Club facilities and […] 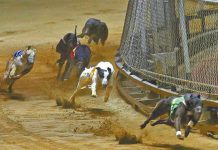 July 12, 2018
The Macau (Yat Yuen) Canidrome Club submitted its plan to re-house its 600 greyhounds on Tuesday, requesting a 120-day extension to use the Canidrome facilities after July 20, local media reports. The proposal includes the request to use Macau Jockey Club facilities. Speaking to Macau News Agency (MNA), a DICJ spokesperson confirmed that the plan […]

Canidrome given until July 10 to submit greyhound proposal

July 3, 2018
The Macau (Yat Yuen) Canidrome has been given until July 10 to submit a proposal for the relocation of its 600 greyhounds, MNA reports. The Canidrome has held a number of adoption days on a weekly basis but has garnered criticism over the organization of the adoption events, and lack of acceptable background checks on […] 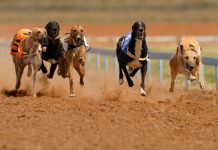 June 26, 2018
Macau’s greyhound racing operator has urged the government once again to allow more time for the dogs to stay on site, until they can be adopted, TDM News reports. Angela Leong, who heads the company, says the government has been ignoring calls from the company on the matter.  “We tried many times to communicate with […] 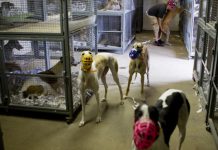 June 13, 2018
An animal rights group in Macau has slammed Macau Canidrome’s most recent proposal to temporarily move its greyhounds to the Jockey Club, with concerns of unsuitable conditions for the hounds. The plan, which was submitted to the Civic and Municipal Affairs Bureau (IACM) on Friday, proposed moving the dogs to the empty stables of the […]

June 11, 2018
The Macau (Yat Yuen) Canidrome Co on Friday submitted its revised plan to the Civic and Municipal Affairs Bureau (IACM) regarding the track’s 600 greyhounds, MNA reports. Last week, head of IACM rejected the Canidrome’s initial proposal to rehome its greyhounds and gave them one week to submit a revised plan. IACM head Jose Tavares […]

Canidrome has until Friday to submit greyhound plan

June 4, 2018
The owners of the Macau (Yat Yuen) Canidrome Co. Ltd have been given until Friday submit a revised proposal that addresses the fate of its 600 greyhounds, Macau TDM reports. The initial plan detailed an adoption programme that would allow individuals and organizations locally and overseas to adopt the greyhounds. However, the IACM rejected the […]