Maxgaming, founded in 1998 operates in three Australian states, namely Queensland, New South Wales and the Northern Territory together with providing monitoring services to Talarius. Maxgaming’s core business is the supply of monitoring services for gaming machines in these three states and territories, together with the supply of value-add services into these states and territories and new jurisdictions.Maxgaming is the largest LMO (Licenced Monitoring Operator) in the world, and operates with a number of Gaming protocols that meet legislative and customer requirements.

April 3, 2019
Australian gaming giant Tabcorp has announced a new single identity for its Gaming Services business, with the aim of simplifying the integration of services and delivery across venues, The Shout reports. Revealed at the Australasian Hospitality and Gaming Expo in Brisbane last week, the refreshed gaming services identify will bring together Tabcorp’s MAX, eBET, Tabcorp […] 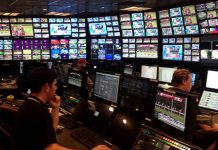 Tatts, Tabcorp may need to sell assets to appease ACCC

November 29, 2016
Tabcorp and Tatts Group may be forced to sell some of their non-wagering businesses under terms imposed by the Australian Competition & Consumer Commission (ACCC), according to market analysts. The market experts, quoted by The Australian, have noted that the ACCC denied the partnership nearly a decade ago, on the grounds of unfair competition. But […] 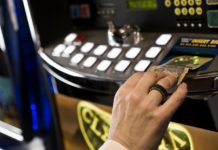