Mohegan Sun was created in 1996 by the Mohegan Tribe of Connecticut. It’s property is one of the largest in US, featuring dining, hotel accommodations, retail shopping, live entertainment and sporting events, and three world-class casinos. It is operated by the Mohegan Tribal Gaming Authority, which is an investor and developer of intergrated resorts globally. It is currently engaged in the development of the Inspired Intergrated Resort in Incheon. 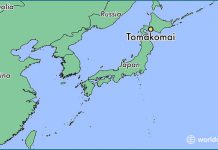 October 16, 2018
It would appear that the competition to partner with the Tomakomai municipal government has now narrowed down to six serious suitors—Caesars Entertainment, Hard Rock International, Mohegan Sun, Rush Street, Clairvest, and Foxwoods.

February 20, 2018
LongRunn International, a Chinese real estate and resorts developer, has reportedly agreed to construct a $4.5 billion property near the Incheon International Airport in South Korea. The company has agreed to buy a parcel of land for $80 million for the resort, which will be called Diamond City, Global Construction Review reports. According to the […]

July 30, 2017
US tribal casino operator Mohegan Gaming and Entertainment says it is planning to break ground on its South Korean integrated resort project before the end of the year. “Looking internationally, the company is well into the planning stage of its Korean joint venture, Project Inspire, where we anticipate breaking ground before the end of calendar […]

May 9, 2017
U.S. tribal casino operator Mohegan Sun has signed new agreements with the Incheon International Airport Corp. in relation to the development of the Inspire Integrated Resort in Incheon, South Korea. Mitchell Etess, president and chief executive of Mohegan Sun, said the group had signed a development services agreement, which will grant Mohegan Sun a total […] 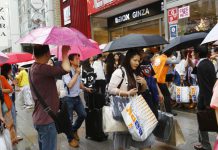 April 24, 2017
South Korea’s Paradise City may face hard yards due to a ban on Chinese tour groups to the country, notes Bloomberg Intelligence analyst Margaret Huang in a report earlier this month. “The $1.1 billion, mass-market oriented property had hoped to capture Chinese visitors with a Korean culture theme… Yet the travel ban is likely to […]

February 16, 2017
Mohegan Tribal Gaming Authority has announced the resignation of its president and CEO Robert “Bobby” Soper, effective immediately, according to a press release from the company on Thursday.   It was not clear why Soper’s resignation came so suddenly, but it is understood Soper resigned in order to “pursue other opportunities”. In the interim, Soper […]

December 4, 2016
Mohegan Sun Tribal Gaming Authority (MTGA) says it is targeting approximately $750 million in fees for its partnership in the casino resort at Incheon, according to reports. The tribal casino operator in February, along with KCC Corp. won the bid to build the integrated resort project on Yeongjong Island. Last week, at the Bank of […] 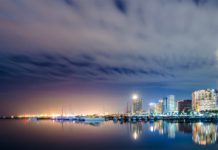 November 29, 2016
The Philippines has been one of the best-performing casino markets in 2016, with revenue from the properties in Entertainment City up 20 percent in 3Q, though operators from Vietnam and Cambodia are also posting strong results, highlighting the potential of these markets. AGB will be hosting the inaugural ASEAN Gaming Summit in March 2017 to […]

Korea, Japan and Russia the next gaming hotspots: Soper

November 16, 2016
Mohegan Sun CEO Bobby Soper says he has high hopes for the gaming market in Northern Asia and, at the moment, believes the greatest opportunity is in South Korea where the tribal gaming operator is building an integrated resort. Speaking at the MGS Entertainment Summit on Tuesday, the executive pointed towards Northern Asia as the next […]

August 2, 2016
A consortium led by U.S. casino operator Mohegan Sun has signed an agreement with Incheon International Airport Corporation to build an integrated resort on Yeongjong Island by 2020. Inspire Integrated Resort, which includes KCC Group and Mohegan Sun, signed the agreement to use land spanning 2.67 square kilometers on the island west of Seoul. The […]

March 7, 2016
South Korea’s new casino developments will find it difficult to see strong returns on investment due to restrictions on local patrons, says Fitch Ratings. The rating agency said large scale integrated resort projects in South Korea will face competitive pressures from Macau, Singapore, the Philippines and Australia. “We believe this pressure will not abate as the first casino […]

February 26, 2016
U.S. casino operator Mohegan Sun and KCC Corp have been selected as the winner of an integrated resort project on Yeongjong Island, a transportation hub west of Seoul, according to Yonhap News. Announced by the Ministry of Tourism in Korea, Mohegan’s bid with KCC envisions a KRW1.5 trillion (US$1.2 billion) facility called “Inspire Integrated Resort”, […] 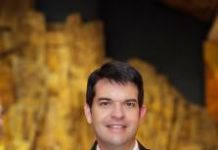 April 21, 2015
The operator of the U.S. Mohegan Sun casino announced that it has partnered with South Korea’s largest airport in a proposal to build a $5 billion casino resort complete with a casino housing 250 tables and 1,500 slot machines. The Mohegan Tribal Gaming Authority and Incheon International Airport said their proposed resort would be developed […] 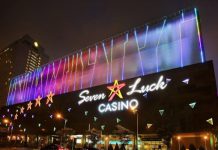 Results for South Korea’s gaming operators improved in 2016, although foreign operators appear to be losing patience, with major projects either stalled or abandoned. Market watchers say the initial euphoria faded fast when operators were faced with the reality on the ground, which includes high costs, difficulty in client acquisition and changing regulation.

U.S. tribal operator Mohegan Sun says design and permitting for its $5 billion integrated resort in South Korea is proceeding at a rapid pace, and the project is currently on schedule to break ground in 2017 and open in early 2020.

U.S. tribal operators are increasingly tailoring their offerings towards the Asian market to attract both local ethnic communities and the increasingly adventurous Asian millennial, who may be  willing to travel beyond Las Vegas and other traditional destinations. Some of these U.S. operators are also looking back at Asia, counting on their mass-focused tourism offerings to give them an edge in entering the region. Genting and Mohegan Sun are currently the trail blazers, though others may follow if they find success. 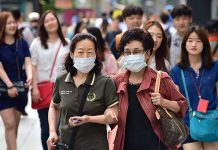 South Korea says its tourism arrivals have now almost recovered following an outbreak of Middle Eastern Respiratory Syndrome in May that triggered a three-month plunge in visitor numbers.