Paradise bond offer to help with liquidity during Covid-19

October 16, 2020
Paradise Co Ltd says its KRW100 billion (US$87.3 million) bond sale was to raise liquidity during the Covid-19 crisis, while it's also working to control costs and restructure. 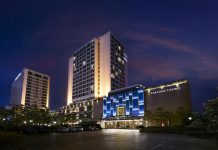 October 15, 2020
Hints continue to emerge in the Korean media that Paradise Co. may be in a rather deep financial crisis, with the latest word being that investors are keeping their distance as the firm struggles to increase its liquidity.

October 15, 2020
Paradise Co. is reportedly having great difficulty finding institutional investors interested in purchasing its bonds, as concerns are growing about the firm’s prospects in the wake of a Covid-19 downturn that may starve its foreigner-only casinos for quite some time.

October 12, 2020
Paradise Co. is reportedly seeking to boost its liquidity after taking "a direct hit" from the ongoing coronavirus pandemic. 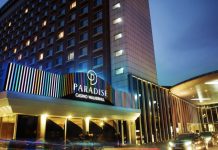 October 6, 2020
Paradise Co., which operates foreigner-only casinos in South Korea, saw an improvement in sales in September from the prior month, even though they were down 71 percent from the prior year.

September 7, 2020
South Korea’s Paradise Co. reported a 75 percent drop in August sales compared with the same month last year, though revenue was little changed from the prior month. 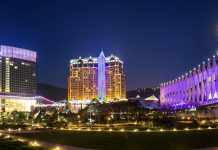 August 13, 2020
All three of the major South Korean casino operators booked substantial financial losses in the April-June period as a result of Covid-19. Kangwon Land, which operates the only casino in the nation at which locals may gamble, but which had a very long business suspension period, recorded sales of only 34.6 billion won (US$29.1 million), […] 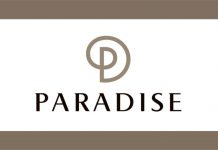 August 6, 2020
Paradise Co. has reported that its total net revenues came in at nearly KRW17.4 billion (US$14.6 million), which was a 76.4 percent decline from the same period last year. The figure did, however, represent some improvement on the June 2020 revenues, which came in at only KRW13.7 billion. By venue, Walkerhill contributed KRW9.8 billion, Paradise […] 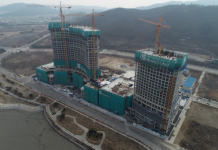 Locals gaming in Korea likely — but not imminent

July 24, 2020
The Covid-19 pandemic may be a trigger for South Korea to rethink its foreigner-only casino policy, as the country’s casinos struggle with a lack of tourism revenue. 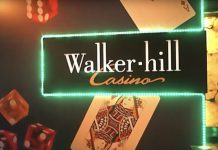 July 2, 2020
Paradise Co. has reported an 80.8 percent drop in revenue for June compared with the same month a year earlier, though also said business had dropped off since May. 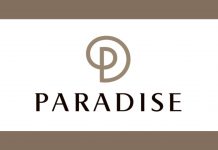 June 26, 2020
Paradise Co. is shifting gears and will implement emergency cost-cutting measures, including sending more executives on furlough and closing down operations at key facilities. According to the measures to be implemented from July 1, about 20 percent of the firm’s executives will be put on long-term unpaid leave or put into retirement. Since February, company […] 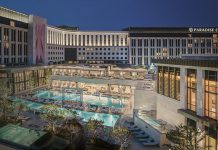 June 4, 2020
Paradise Co. announced on Wednesday that the May sales of its casino division fell 51.2 percent from the same month last year. The total sales figure was KRW29.8 billion (US$24.4 million). Even these difficult results, however, represented something of an improvement: In April the casino division sales had been only KRW7.93 billion, 86.1 percent down […] 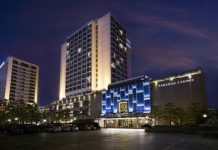 May 8, 2020
Paradise Co. announced on Thursday that the April sales of its casino division plummeted 86.1 percent from the same month last year. The total sales figure was only KRW7.93 billion (US$6.5 million). Table sales decreased 87.1 percent to KRW6.91 billion, and machine performance shrank 71.7 percent to KRW1.21 billion won. Cumulative sales from January-April of […]

April 3, 2020
South Korea’s Paradise Co. has reported a sharp decline in its March casino revenues by 60.5 percent on a year-on-year basis. Sales in the casino division amounted to KRW19.73 billion (about US$16 million). Both table and machine performance were down over 60 percent during the month. Paradise Co. had started the year strong in spite […] 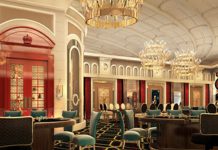 March 23, 2020
All of South Korea’s major casino firms have now announced suspensions of operations as a measure to combat the spread of Covid-19. State-run casino operator Grand Korea Leisure, which operates three foreigner-only casinos in Seoul and Busan, has stated that it will close its facilities from this Tuesday until April 6. Paradise Co. also revealed […]

March 9, 2020
South Korea’s gaming companies have all seen their stock prices hammered by the Covid-19 crisis, though with varying intensity. Paradise Co. was one of Monday’s biggest losers on the Kosdaq Stock Market, losing 7.8 percent of its value in a single day. Since the beginning of the year it has fallen from 20,150 to 15,350, […] 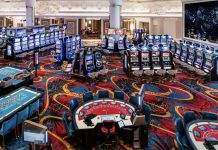 Paradise Co returned to profitability in 2019

February 26, 2020
Paradise Co has reported a return to profitability in its consolidated 2019 financial results, driven by a 24.4 percent year-on-year increase in net sales. The company reported KRW979.4 billion (US$803 million) in net sales and almost KRW6.5 billion in net profits. Paradise SegaSammy was among the bright spots, with a growth in mass market revenues […] 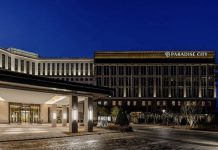 February 4, 2020
South Korea’s foreigner-only Paradise Co. has reported a 28.3 percent year-on-year sales increase for the month of January, totalling almost KRW72 billion (about US$60.5 million). Among the firm’s four locations, Paradise City in Incheon was the star performer, accounting for about KRW37.8, or roughly half, of the total, and advancing from only KRW27.7 billion in […] 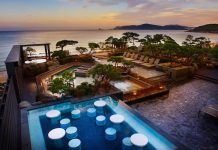 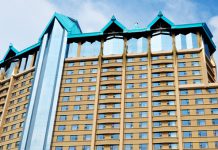 July 23, 2019
South Korea’s foreigner-only casinos posted strong revenue growth in 2018, gaining 34 percent over the prior year, according to figures from the country’s National Gambling Control Commission.

Paradise Co casino revenue up 18.5 pct in May

June 4, 2019
Casino revenue for South-Korean operator Paradise Co Ltd rose 18.5 percent year-on-year in May, driven by a continued surge in table game revenue. Said revenue reached KRW 61.4 billion (US$52 million), compared to KRW 51.8 billion in May 2018. In a filing to the Korean Stock Exchange, Paradise said that table games revenue was the […] South Korea’s three major operators are likely to come through the economic downturn caused by the Covid-19 pandemic without too much difficulty, but the smaller and weaker operators on the island of Jeju may face a much tougher time, analysts say. South Korea wants to turn the area near Incheon International Airport into a version of Manila’s Entertainment City, but its vision is at risk from competition from Japan.