In June 2005, SKYCITY completed the acquisition of full ownership of SKYCITY Hamilton which opened in 2002. Previously, SKYCITY was a joint venture partner (70%) with Perry Developments Limited (30%). The Hamilton casino licence currently runs until September 2027.SKYCITY Hamilton is currently authorised to operate 23 gaming tables and 339 gaming machines. 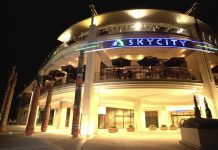 June 5, 2020
SkyCity has lost its bid to swap three blackjack tables for sixty gaming machines at its Hamilton casino, with the Gambling Commission turning down its application after a six-day hearing last November. SkyCity had argued that there was more demand for its electronic games than for its table games and sought to swap tables for […]

November 28, 2019
New Zealand’s gaming regulator has reserved its decision on SkyCity Hamilton’s application to swap three blackjack tables for 60 electronic gaming machines, following a six-day hearing.  Such swaps are permitted under New Zealand’s gaming legislation, although this is the first application of its type. SkyCity had made the application as it said it would meet […] 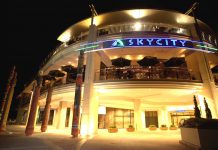 November 18, 2019
SkyCity Entertainment Limited will be going before the New Zealand gambling regulator on Tuesday to seek permission to swap gambling tables for gaming machines at its Hamilton casino.  SkyCity is proposing to surrender its license for three blackjack tables at its casino, in return for installing a further 60 electronic gaming machines.  Although swaps of […] 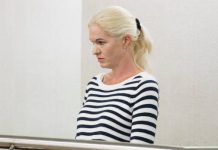 September 13, 2017
A former casino manager of New Zealand’s SkyCity Casino in Hamilton has been sentenced to seven years and eight months in prison for embezzling a total of almost NZ$2.8 million from her former employers, local media reports. Tessa Grant was sentenced on Monday in the Hamilton District Court after pleading guilty to ten fraud and […]

SkyCity VIP revenue down, net profit up in FY17H1

February 9, 2017
SkyCity Entertainment Group recorded a near 40 percent drop in its international business segment but still managed an 18 percent increase in profit for the half-year ended Dec. 31, 2016. The NZ-listed casino company said on Thursday that net profit for the six months was NZ$83.8 million (US$60.8 million). Revenue came in at NZ$484.2 million, […]

Bloomberry seen breaking even at EBITDA level in Q4

Philippines - September 20, 2020
Bloomberry Resorts is expected to break even on an EBITDA level by Q4 due to cost cuts and support from the local market, according to analyst Michael Ting, who publishes on Smartkarma.

Macau - September 24, 2020
A Bank of America survey held in August found that only 47 percent of Mainland Chinese travellers who want to visit Macau would be willing to take a Covid-19 test, casting doubt on visitation for the upcoming Golden Week holiday.

India - October 6, 2020
The state government of Andhra Pradesh, which last month moved to ban all online gambling, is now said to be considering the legalization of...