Success Dragon is a consolidated service provider of outsourced management solutions to the gaming industry. Incorporated in Bermuda, the company is listed in the Hong Kong Stock Exchange, with headquarters in Hong Kong and offices in Macau and Ho Chi Minh City, Vietnam. 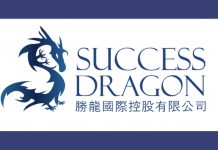 June 12, 2020
This week Ding Lei, who has served as Success Dragon’s chairman of the board and CEO since last September, has been joined in the latter post by Zhu Tianxiang as a Co-CEO. In its statement to the Hong Kong Stock Exchange, the firm stated, “Mr. Ding and Mr. Zhu are the co-chief executive officers and […] 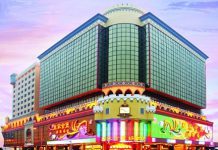 September 23, 2019
Hong Kong-listed Success Dragon has announced the resignation of Mr. Kwan Chun Wai Roy, as chairman, CEO and executive director of the company, with effect from September 20, 2019.  Mr. Kwan also resigned from his positions as the chairman of the nomination committee of the Board, and as a member of the remuneration committee of […]

October 29, 2018
Success Dragon International Holdings, a service provider of outsourced management solutions in Macau, announced last week that it intends to change its name to ezBlock Capital International Holdings. In a stock exchange filing, Success Dragon said the rebranding is reflective of its desire to realign its resources into rebuilding its information technology services business. “The […]

August 13, 2018
Hong Kong-listed Success Dragon has entered into a placing agreement that would see it place up to 20 percent of the company’s existing issued share capital, to be used for business development, and the repayment of loans. Under the agreement, no less than six placees can subscribe up to 414.7 million placing shares will be […]

November 27, 2017
Hong Kong-listed Success Dragon says it has decided to cease its operations at Landmark Macau after recording a widened segment loss for the six months ended September 30, 2017. The company said that revenue from its Outsourced Business Process Management decreased 5.7 percent to HK$60.4 million, due mainly to poor performance in the Macau gaming […]

June 30, 2017
Hong Kong-listed Success Dragon International Holdings recorded narrowed losses for the year ended March 31, 2017, totalling HK$156.2 million compared to a loss of HK$231.5 million in FY16. In a filing to the Hong Kong Stock Exchange on Thursday, the group said the decrease in net loss was a result of a decrease in operating, […] 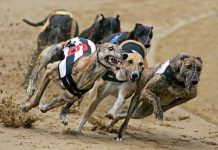 June 29, 2017
Adverse changes in the regulatory environment in Vietnam have prompted Success Dragon to terminate its Greyhound operation agreements in Vietnam. In an announcement to the Hong Kong Stock Exchange, Success Dragon estimated losses of HK$111 million resulting from “operating loss incurred for approximately HK$40 million; one off impairment loss on the property, plant and equipment […] 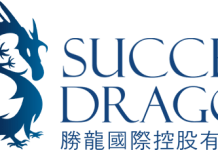 May 19, 2017
Hong Kong-listed Success Dragon International Holdings has announced a new deal that may see a change in the company’s majority shareholder. According to a filing from the company on Wednesday, Mr. Yong Khong Yoong Ma, who currently holds 24.65 percent in the company, has entered into a MOU with Ms Zhang Lin Lin, a holder […] 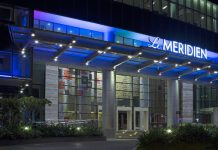 March 29, 2017
Success Dragon International Holdings Ltd has announced it has decided to terminate a business cooperation contract with the Le Meridien Hotel in Vietnam. In January, the company terminated its agreement with One Opera Hotel, and said it would revise its cooperation with Le Meridien Hotel after experiencing ‘unexpected difficulties in obtaining requisite business certificates’. The […] 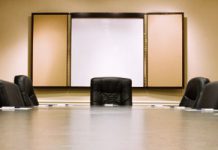 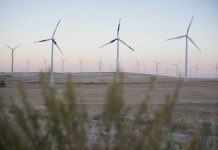 January 18, 2017
HK-listed Success Dragon International Holdings Ltd. says it is considering investing in a company engaged in renewable energy. As per its Wednesday filing to the Hong Kong Stock Exchange, Success Dragon said it recently entered into a non-disclosure agreement with the renewable energy company “in preparation for the Group’s proposed investment in the Target Company.” […]

January 12, 2017
Success Dragon has terminated its agreement with One Opera Hotel, and said it will revise its cooperation with Le Meridien Hotel after experiencing ‘unexpected difficulties in obtaining requisite business certificates’. In December 2015, Success Dragon entered into an agreement to provide outsourced electronic gaming machine management services to both five-star establishments in Vietnam. However, according […]

November 16, 2016
Success Dragon, a gaming services firm, posted higher revenue in the six months to end September and said its business in Macau is improving. The company had sales of HKD$81.7 million ($10.5 million) compared with $79.7 million in the year earlier period. The loss narrowed to $39.2 million from $140.3 million a year earlier. During […] 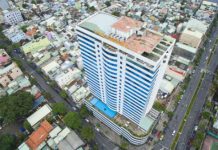 June 19, 2016
HK-listed Success Dragon International Holdings Ltd has announced it has terminated an agreement to acquire a stake in a 5-star hotel in Danang, Vietnam. In April, the gaming services firm entered into an agreement to acquire the hotel for a total consideration of US$14.1 million, which would allow the company to hold a 45 percent […] 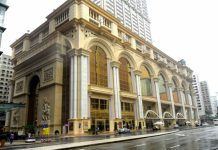 June 16, 2016
HK-listed Success Dragon International Holdings Ltd., formerly known as the C.Y. Foundation has announced it is terminating the placing of convertible bonds amounting to HK$220 million (US$28.3 million). In a filing to the Hong Kong Stock Exchange on Tuesday, the gaming services firm said it was unable to agree on some of the key commercial […]

May 17, 2016
Casino services firm Success Dragon International Holdings posted a widened net loss of HK$231.5 million (US$28.8 million) for its fiscal year ended March 31, 2016. According to the filing to the Hong Kong Stock Exchange, the results ompares to a net loss of HK$47.3 million in the year before. Total revenue was HK$153.7 million for […]

May 2, 2016
HK-listed Success Dragon International Holdings Ltd announced on Friday it has entered into an agreement for the provision of outsourced management services for greyhound racing in Vietnam. The agreement was made with Sports and Entertainment Joint Stock Company (SES), a foreign invested enterprise which operates a greyhound race track at Lam Song Stadium in Ba […]

April 4, 2016
Hong Kong-listed Success Dragon International Holdings has announced it has entered into an agreement to acquire a stake in a 5-star hotel located in Danang, Vietnam. The total consideration is U$14.1 million, which will allow the company to hold a 45 percent equity interest in the hotel and the land. The hotel was identified as […] 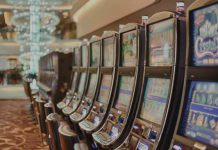 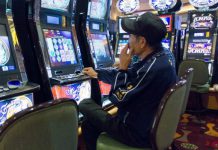 January 27, 2016
Hong Kong-listed Success Dragon has high hopes for its Vietnam market focus, as it further diversifies away from Macau, says Carlos Salas, chairman and CEO in a statement to Hong Kong based Finet Group. According to Salas, the competition in Macau’s gaming market is getting more intense with fewer Chinese visitors to the city, no […]

December 14, 2015
Success Dragon International announced it has entered into two agreements to provide outsourced services of electronic gaming machines management in Le Meridien Hotel in Ho Chi Minh City, and One Opera Hotel, in Danang, Vietnam.   In its filing to the Hong Kong Stock Exchange, the company said the recent move to Vietnam was made […]

December 11, 2015
Hong Kong-listed service provider to the gaming industry CY Foundation Group Limited will be re-branded as Success Dragon International Holdings Limited with effect from Dec. 16. The stock code “1182” will remain the same. Success Dragon is a consolidated service provider of outsourced management solutions to the gaming industry with headquarters in Hong Kong and […]

October 20, 2015
CY management announced that it launched the game Super 88 Fortunes at the Grandview Casino last month. Grandview Slot Casino, which is currently managed by CYM, has become the first property to launch the game in the Macau market with a bank of 10 machines. Super 88 Fortunes is a remake by Bally Technologies of […]