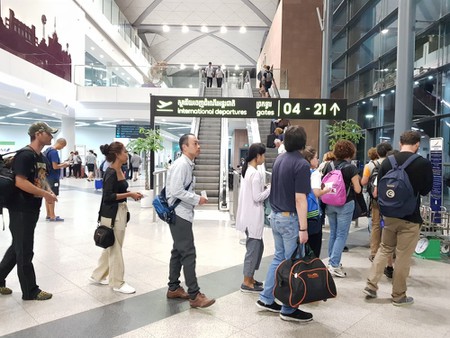 The Cambodian Department of Immigration on Thursday has reported that more than 200,000 Chinese left the country in the lead up to its ban on online gaming, local media reports.

Cambodian prime minister Hun Sen announced the incoming ban in August last year, which took place on January 1, 2020. Mr. Hun Sen said the ban is needed due to its threats to social order.

General Kirth Chantharith, director-general of the General Department of Immigration said that the number of Chinese foreigners staying in the Kingdom long term had increased dramatically in 2019.

“We provided [long term] visas to about 450,000 foreigners to stay in our country, and 70 percent of them were Chinese,” he said during a GDI annual meeting in the Interior Ministry.

“This number dramatically decreased after the Royal Government announced the ban on all online gambling in August,” he said. “[From August] to the end of 2019, more than 200,000 Chinese nationals left the Kingdom.”

Earlier this month, it was reported that the number of licensed casinos in the Kingdom reached 136, down from 163 as of last June.

The number, according to Ros Phearun, deputy-director general of the department, said there are now only 118 casinos, with 56 in Sihanoukville.