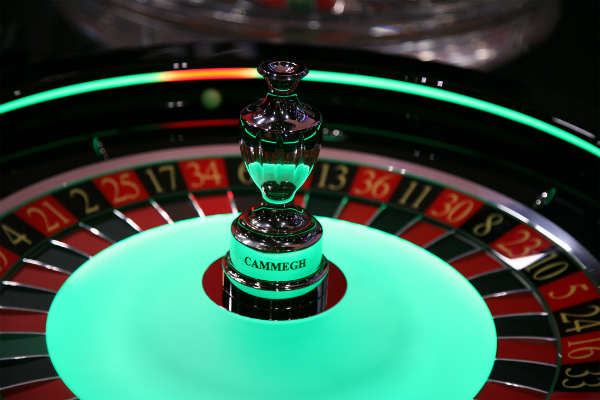 Roulette wheel manufacturer Cammegh enjoyed another successful show at this year’s ICE exhibition. Cammegh was able to show off their latest roulette innovations with the impressive Aurora Halo wheel, complemented by the new slim line Billboard Displays with LED strips.

The Aurora Halo Wheel takes advantage of the Mercury 360 in-rim sensor technology to produce a dazzling display of LED lighting which tracks the ball to ramp up excitement at the gaming table. Cammegh’s new ‘2016’ line of Billboard Displays now come in a slim-line design and feature customisable RGB LED strips to enhance the ambience of the gaming floor.

Sharing the limelight at ICE was Cammegh’s unique roulette side bet, Spread Bet Roulette. The side bet, launched last year, offers jackpot style payouts of up to 1200-1 and has so far been installed throughout the UK in Grosvenor, Aspers and Aspinalls casinos, as well as in South Africa.

Andrew Cammegh, Sales Director at Cammegh said “As ever the ICE show was worthwhile as always. The response from operators to the new display hardware, as well as the new Aurora Halo roulette wheel, which was also making its debut has been excellent. During the three days we managed to see everyone we wanted to see going into the show plus a host of new operators from other territories around the world. This allowed us not only to establish interesting new enquires but also take orders off the stand.”