Fourteen suspects in four gangs were arrested by police in the northeastern city of Dalian in Liaoning province, Xinhua News Agency said, the latest crackdown in the country’s fight against outflows of “gray capital”.

Beijing started cracking down on underground banks in April and has so far uncovered more than 170 cases of money laundering and illegal fund transfers, involving more than 800 billion yuan and arresting more than 400 suspects.

In a note, Bernstein Research said China is intensifying its ongoing crackdown on underground banking which will continue to create headwinds for the VIP sector in Macau.

On November 20, China’s official People’s Daily newspaper reported that the Ministry of Public Security’s operation, which had started in April 2015 to crack down on certain underground banking operations, had uncovered 170 cases of illegal money-laundering activities, involving over $130 billion.

“We had warned in late August about the headwinds that the crackdown campaign on underground banking may create headwinds for VIP,” the note says.

“The heightened oversight on China’s underground banking system will likely continue generating headwinds for Macau’s VIP business, and likely lead to continued acceleration in the consolidation in the junket industry and create volatility in rolling chip volume.” 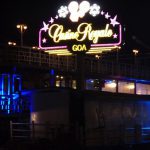 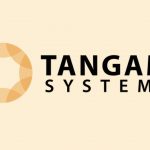