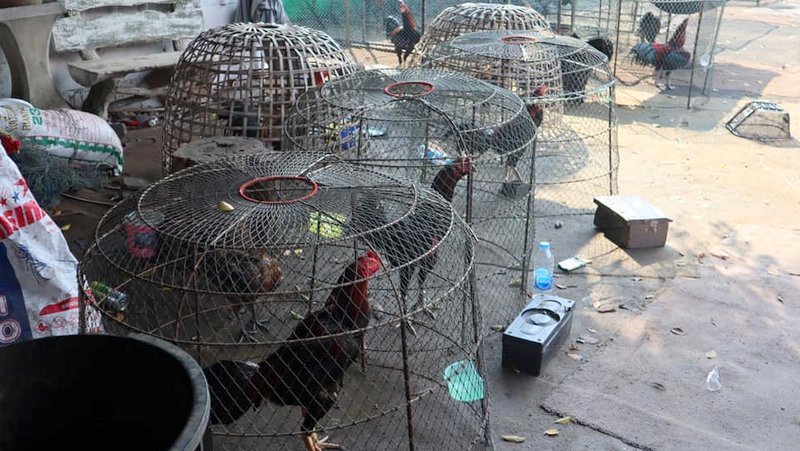 Local media reports that 60 gamblers were arrested on Sunday as a police raid caught them in the middle of a cockfight on Thailand’s Phuket island.

Half of the arrested gamblers were Thai nationals and the other half were Myanmarese.

Colonel Sujin Ninbordee of the Wichit Police explained that 30 police were deployed to the location after a tip-off from a member of the public.

When the police arrived, the gamblers attempted to flee. It was not revealed if the 60 people arrested represented all of the gamblers involved, or if some were successful in fleeing.

The two cocks fighting when police arrived were seized as evidence.