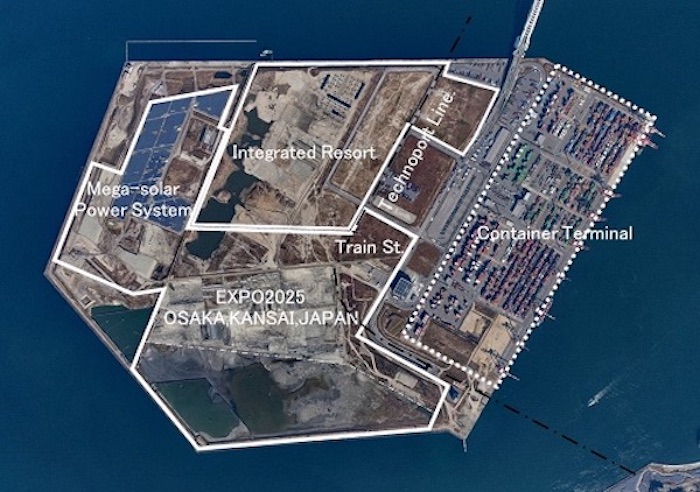 If the IR policy delays have created a threat to Yokohama’s plans that are primarily political, the deepest concerns for Osaka arguably relate to its effect on transportation infrastructure to the man-made island of Yumeshima.

It was exactly two years ago that Osaka’s plans for Yumeshima hit their high mark in terms of excitement and anticipation. In November 2018, the Bureau International des Expositions awarded the 2025 World Expo to Osaka, and all of the local government’s plans were coming together magnificently.

Not only were millions of domestic and international tourists expected to flow into Yumeshima for six months in 2025, but it was anticipated that a world-class IR would also be opening at around the same time. A half dozen major international operators were circling around to bid for the Yumeshima IR, and one after another major businesses in the Kansai region also began unveiling ambitious schemes to get in on the action.

But those halcyon days seem rather distant from today’s vantage point.

We’ve covered some aspects of the declining fortunes of the Osaka IR project before, but what we will focus on today is the always difficult question of Yumeshima’s underdeveloped transportation infrastructure.

In earlier days, the main challenge had been conceived quite differently. The worry used to be that, with few major roads and no existing direct train lines, there could be an awful transportation bottleneck as construction teams crawled over one another simultaneously building a huge expo facility and a massive IR on the island.

The fact that the expo is still planned for 2025 while the opening of the possible IR has been pushed back to something like 2028 means that these particular concerns have receded.

But this delay—and not least the effects of the Covid-19 pandemic—has opened up a new set of problems. Primarily, this can be boiled down to the fact that there is now a lot more uncertainty about what is actually going to happen at Yumeshima in the next decade, and all those Osaka business leaders who were once ready and willing to invest big in the emerging el dorado are now pulling back and reevaluating, and they are becoming much more guarded about their spending plans.

Those train companies such as Kintetsu and Keihan that had earlier been leaning forward in their Yumeshima ambitions have grown noncommittal. It seems that if they do decide to extend their train lines to Yumeshima, it will no longer be by the time of the 2025 expo.

It’s little wonder: the World Expo-IR synergy is now irredeemably lost. There’s no point making a huge investment in extending train lines if the expo is held for six months and then there are years before passenger demand picks up again. This is doubly the case when all businesses are suffering tighter cash flows as a result of the pandemic.

The Osaka Metro, for its part, is still committed to completing its own train line to Yumeshima, but the effect on this firm too is profound. It seems that this company is now planning to build an ordinary train station on Yumeshima, and not the monumental 250-meter tall, 100 billion yen (US$910 million) Yumeshima Station Tower—hosting hotels, entertainment facilities, and business offices—that the company had been planning to construct by 2024.

In truth, it’s probably Osaka’s ambitions for the 2025 World Expo that will suffer from all these changes much more than the potential MGM-Orix IR. The impact of the pandemic and IR timeline delay has really kicked the stuffing out of expo plans. Whatever event can still be held in 2025 will almost certainly be less grand than what had seemed possible last year.

Maybe having only one train line serving Yumeshima will prove sufficient if the expo is forced to scale back due to the lingering effects of the Covid era.

Comparatively, the outcome for the Osaka IR—should it be constructed—may ultimately be less impacted by this factor. If they build it on a large scale, and the Osaka business community begins to feel resurgent confidence that the customer demand will be there, then at least some of the previous plans can be dusted off and put into practice with some years of delay. (AGB Nippon)