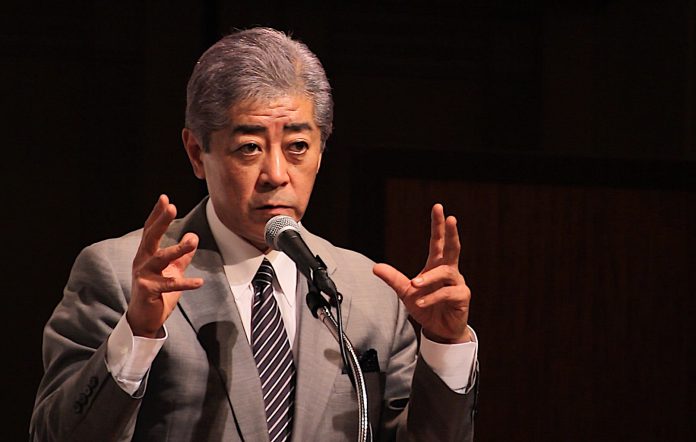 Japanese special prosecutor investigations of potential bribery by Shenzhen-based lottery firm 500 Dot Com have expanded to at least five additional lawmakers, including one of the most prominent pro-IR lawmakers in the nation, former Defense Minister Takeshi Iwaya, who has been a frequent speaker at IR promotion events.

Aside from arrested former state minister of the Cabinet Office Tsukasa Akimoto, prosecutors now suspect that five additional lawmakers received bribes of JPY1 million (about US$9,200) each, including Iwaya.

Katsunori Nakazato, an adviser to 500 Dot Com, has told investigators that he was the one who delivered these cash bribes to the five lawmakers.

Four of the five lawmakers are members of the ruling Liberal Democratic Party, while the fifth belongs to the Osaka-based Japan Innovation Party.

Investigators believe that agents of 500 Dot Com illegally brought cash totalling JPY10 million (about US$92,000) into Japan in the summer of 2017, and then used most or all of this money to bribe the pro-IR lawmakers.

All of the accused lawmakers have so far maintained that they are innocent of the charges.

For its part, 500 Dot Com announced on December 31 that it had formed a Special Investigation Committee to internally investigate the bribery allegations, that Chairman Xudong Chen had resigned, and that CEO Zhengming Pan was temporarily stepping down for the duration of the internal investigation.

Shengwu Wu was elected to replace Chen as chairman.

Finally, the major Tokyo-based pachinko firm Gaia was raided by prosecutors in connection with the investigation of lawmaker Tsukasa Akimoto, although this appears to be a separate matter from any allegations surrounding 500 Dot Com and IR policy.