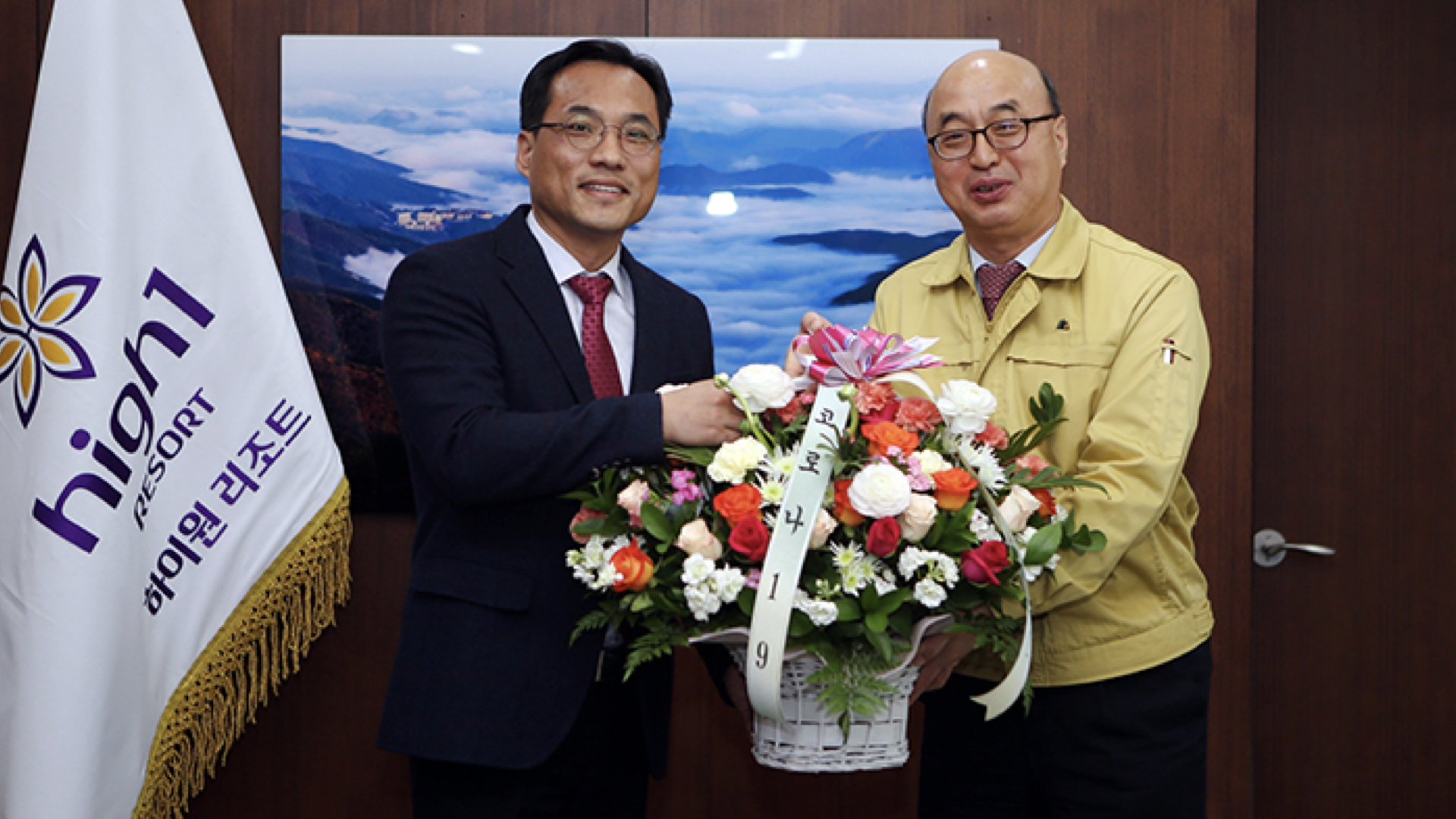 As his part in the initiative, Moon delivered a flower basket to Lee Dong-Ik, the head of the Eastern Regional Forest Service, saying, “ Let’s work together to preserve the natural environment surrounding our resort and share it with future generations. I am happy to participate in this meaningful campaign. I hope that it will be a small force to help the flower farmers in Gangwon-do who are having difficulties.”

The Flower Bucket Challenge is meant to alleviate economic stress on local flower farmers, whose income has declined due to the cancellation of various entrance ceremonies and other functions for which their flowers had been sold.

Kangwon Land, which is located in an economically underdeveloped former mining community, is a major pillar of the local business community, and its suspension of operations has deeply affected the SMEs that act as its suppliers as well.

On the 21st, Moon received a basket of flowers from Yoo Jeong-Bae, the president of the Korea Coal Corporation, and it was his part in the challenge to pass on his good fortune by purchasing a basket of flowers and delivering to someone else of his acquaintance.

The Flower Bucket Challenge developed into a nationwide campaign sometime in February.

Thailand - December 18, 2020
Thailand is allowing visitors from 56 countries to boost its tourism sector, though tourists will need a health certificate to prove they are Covid free and undergo 14-days of mandatory quarantine.