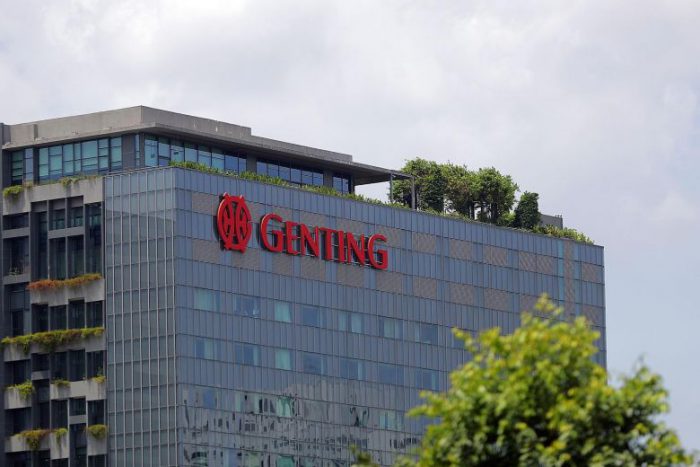 There’s little current upside seen for the stock price of the sprawling Genting Group empire, with both the parent company and its Genting Malaysia unit at risk of losing their place on the benchmark FBM KLCI index.

According to Maybank Research, the market capitalization of the two companies has fallen significantly due to the impact of Covid-19. Genting Malaysia is now ranked in #35 position, while Genting is at #33. They’re likely to be replaced on the index by glovemakers Supermax and Kossan, which have risen to #20 and #24 respectively.

The index is scheduled for review in Nov./Dec. and any changes are likely to become effective from Dec. 21st.

Maybank has a Hold rating on Genting and is ascribing a wider discount to its sum of the parts share price valuation of 55 percent, compared with 50 percent previously.

Explaining its rationale, the firm said at present, it’s assigning zero valuation to the company’s $4.3 billion Resorts World Las Vegas property, which is scheduled to open next summer, due to the pandemic situation in the U.S.

“If the Covid-19 pandemic does not stabilize by the time RWLV opens in the summer of 2021, we fear it will generate losses,” it says.

The research group also points to other unfavourable factors that have caused the share price to sum of the parts discount to widen in recent years. These include a 10 percentage point hike in casino duties that came into effect in January 2019 for Genting Malaysia, coupled with a 50 percent increase in casino entry fees in Singapore, which has eroded Resorts World Sentosa’s local visitor base at a time while its business has been hit by the decelerating Chinese economy.

A long history of related party transactions has also made investors wary of the group’s equity and could potentially weigh on earnings.

The latest was the acquisition of a 49 percent stake in loss-making Empire Resorts in the fourth quarter of last year from Genting’s controlling shareholder, the Lim family. Maybank reckons this will add more than MYR100 million in losses per annum.

Genting gets between 80 to 90 percent of its revenue from its casino operations through Genting Malaysia and Genting Singapore. As a result of plunging visitation, group wide EBITDA is likely to be down 70 percent this year, before seeing a 154 percent rebound next year.

Maybank has an MYR3.26 share price target on the group and sees less than 10 percent upside potential.

Macau - December 23, 2020
Macau Chief Executive Ho Iat Seng said Sunday that the Covid-19 pandemic has further delayed legislative works for revising the local gaming law and extending the current gaming concessions was just one of many options being considered.