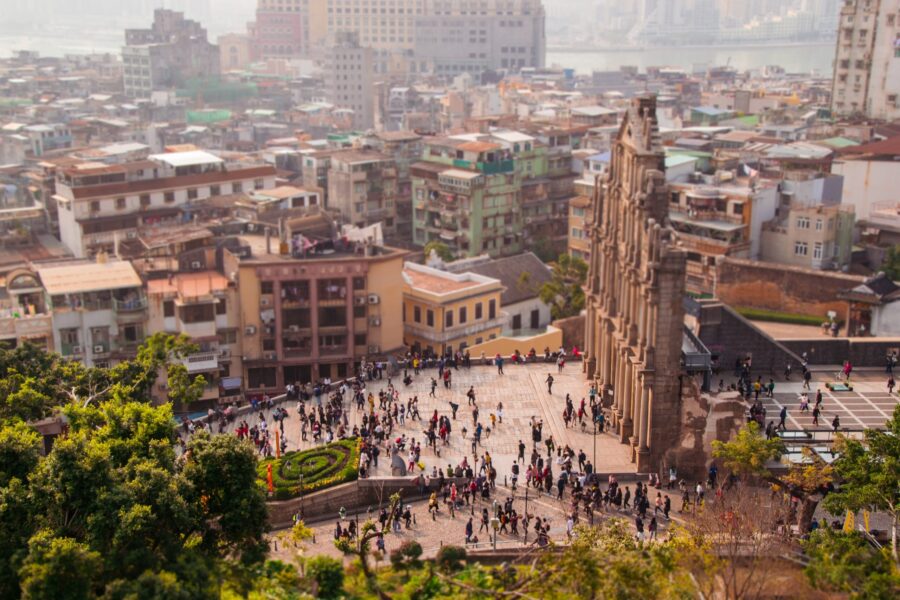 Macau’s gross gambling revenue showed a modest improvement in April, rising 1 percent from the prior month, with all eyes now on the Golden Week holiday, which is expected to fuel a steeper gain in May.

For April, GGR came in at MOP8.4 billion ($1.05 billion), according to figures from the Gaming Inspection and Coordination Bureau. The figure was 64 percent lower than 2019 and was in line with expectations.

For May, Bernstein research estimates that GGR could be in the “low 50s” percent higher than in April thanks to the holiday. Hotel occupancy is reported to be strong and government officials are expecting a 20 percent increase in daily visitation over April levels.

Arrivals through the airport and Hengqin Port hit their highest levels since the pandemic began on Sunday, the second day of the five-day holiday, with 299,000 entries entries and exits reports

“The key question will be average spending as high rollers may stay away during the holiday period,” Bernstein said.

Although visitation has been rising steadily from March, gaming spend has not kept pace with growth in the number of arrivals.

For Macau’s GGR to see a meaningful improvement, analysts say there needs to be a return to electronic visa issuance for individual visit schemes and for group travel permits to be reinstated. There also needs to be an opening of the borders with Hong Kong.

Macau’s chief executive Ho Iat Seng has confirmed that he has been talking with his counterpart in Hong Kong about the possibility of a travel bubble, however, he also reiterated that Hong Kong needs to have 14 days with no cases of local transmission before that can happen.

Hong Kong reported two imported cases of Covid on Sunday. Over the past 14 days, 129 cases have been reported with 21 of those local cases.

Macau is also talking with Mainland authorities about the possibility of allowing travel without needing a nucleic acid test 14 days after a person has been fully vaccinated. The testing requirements have also been cited as a disincentive to travel.

Elsewhere - April 9, 2021
Mohegan Sun's Inspire Entertainment Resort project in Incheon, South Korea, will be a long-term positive for the group, despite the risks, Moody's Investors Service said in a periodic review of the company's credit rating.

Elsewhere - April 14, 2021
Pragmatic Play says its complete collection of Live Casino products have been made available on GGPoker’s online casino