Nagacorp, the operator of the only casino in the Cambodian capital, said it’s seeking to cut its monthly run-rate costs by about $2 million through job cuts and other programs as it seeks to mitigate the impact of the pandemic.

The NagaWorld casino in Phnom Penh has been closed since March 2 due to a spike in Covid cases in the country. The company has earned no revenue since suspending its activities.

Nagacorp said its average monthly expenditure in the two months prior to the closure had been $19.7 million, with a run rate cost of $8.6 million. It’s seeking to reduce the latter figure by $2 million to $6.6 million and to cut its $5.8 million to $2.3 million after repaying certain debt.

The Hong Kong-listed operator gave the figures in a stock exchange filing announcing plans for an additional note issue. It confirmed that part of these reductions will include job cuts and a cut in employee pay.

To further minimize expenditure it’s cutting back on hotel and food and beverage operations and closing some facilities.

Nagacorp gave no details of the staff reductions, though union leaders told local media earlier this month that at least 600 workers were involved. Earlier reports have said the figure may be as high at 1,300.

According to the group’s annual report, it employed 8,371 people as of end-December, down from 8,625 the prior year.

It said that meetings with staff are ongoing and the majority have accepted mutual separation agreements.

“The company will provide affected employees with enhanced termination compensation over and above payments required by the applicable Cambodian laws to assist their transition into other career or business interests,” it said.

The layoffs came despite Nagacorp having reported a $102.3 million net profit in 2020 and being one of the only global operators to pay a dividend for last year.

Until recently, Cambodia was one of the countries with the best track records in handling the crisis. For the first year, it didn’t report a single death from the virus, however a new surge since February has proved harder to handle.

The latest outbreak was triggered by two Chinese tourists who bribed their way out of a quarantine hotel to go on a shopping and partying spree around the capital. The country has now recorded 266 deaths and on Monday almost 600 new cases. 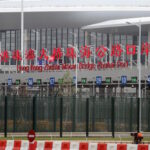 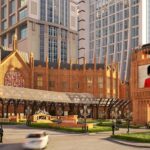