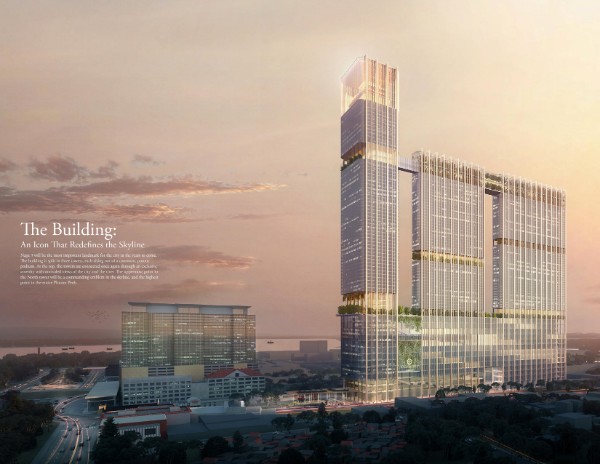 The images were sent to NagaCorp from Chicago-based Skidmore, Owings & Merrill (SOM), which is the architecture firm behind the new design. 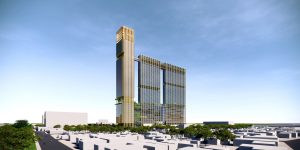 NagaCorp first revealed its proposed Naga 3 development in 2016. It released more details on the project in April 2019 to its shareholders.

In a statement to the Hong Kong Stock Exchange, Naga said the third phase of expansion at its Nagaworld property in Phnom Penh will create the largest “riverine” integrated resort in the world, overlooking the Mekong River in Cambodia.

The resort will be built over a maximum of 544,801 square meters and will feature three hotel towers. It will be linked to the existing Naga 1 and 2 through an underground walkway.

The property will feature 90 percent non-gaming offerings including a three-floor digital entertainment zone.