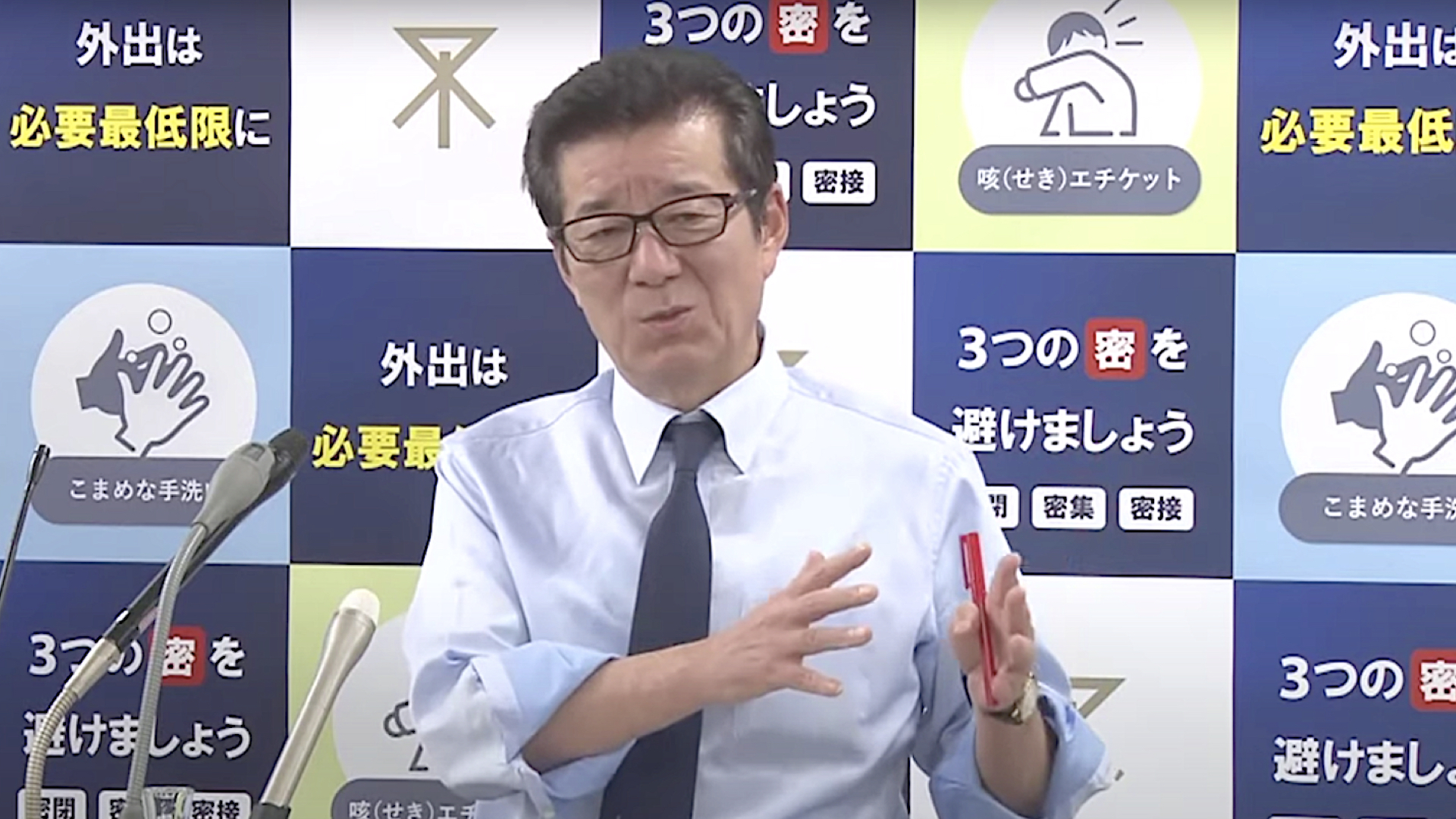 The Osaka prefectural and municipal governments engaged in a very public campaign to force a handful of defiant pachinko parlors to suspend their operations in line with state of emergency measures intended to slow the spread of Covid-19.

While some pachinko parlors in many parts of the nation brushed off their governors’ non-binding requests to suspend their business operations, it was the Osaka leaders, quite characteristically, who adopted the most energetic and proactive response.

On Friday, Osaka became the first prefectural government to utilize new emergency powers to “name and shame” uncooperative businesses, publishing a list of six pachinko parlors that were refusing to close their doors.

When there was some indication that the measure may have actually backfired in the sense that avid pachinko fans from far afield were lining up outside the few remaining open parlors, Osaka Mayor Ichiro Matsui upped the ante, declaring, “In the future, in order to promote measures against gambling addiction, the gray regulations governing the pachinko industry should be reviewed. National lawmakers! It is time to debate about pachinko as a form of gambling, not as an amusement.”

Matsui, who also leads a small national political party, was effectively threatening the pachinko industry with the possibility of a blanket legal ban that could destroy it entirely.

By Sunday evening, three of the six defiant pachinko parlors suspended their operations, but three others, all of them in Sakai city, remained open for business.

Elsewhere - January 7, 2021
MGM Resorts has announced that Jonathan Halkyard will become Chief Financial Officer for the global gaming, hospitality, and entertainment organization. Halkyard is a senior corporate executive who spent 13 years in leadership roles at Caesars Entertainment and was more recently the President and Chief Executive Officer of Extended Stay America, Inc. and ESH Hospitality.