Philippine Amusement and Gaming Corporation CEO Andrea Domingo said that the regulator plans to learn from the regulations of the other offshore gaming jurisdictions.

Domingo made the comments in an interview with Clarion, organizers of the ICE Totally Gaming set for early February.

Domingo noted that PAGCOR is set to send its largest-ever delegation to this year’s ICE London show.

Looking to the future, Domingo said that PAGCOR’s long term aim is to be “one of the top revenue-generating government-owned and controlled corporations and contributors to government and socio-civic projects, whilst also being recognized as a respected regulator.” 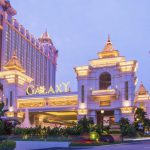 September 9, 2020
The Galaxy Entertainment Group (GEG) issued a statement this week distancing itself from all forms of online gambling and warning its customers to be... 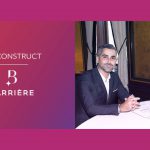 Barriere ventures into online with Betconstruct

September 14, 2020
French casino group Barriere has become the latest bricks and mortar casino to tap into online gaming, entering into a partnership with Betconstruct to launch BarriereBet.