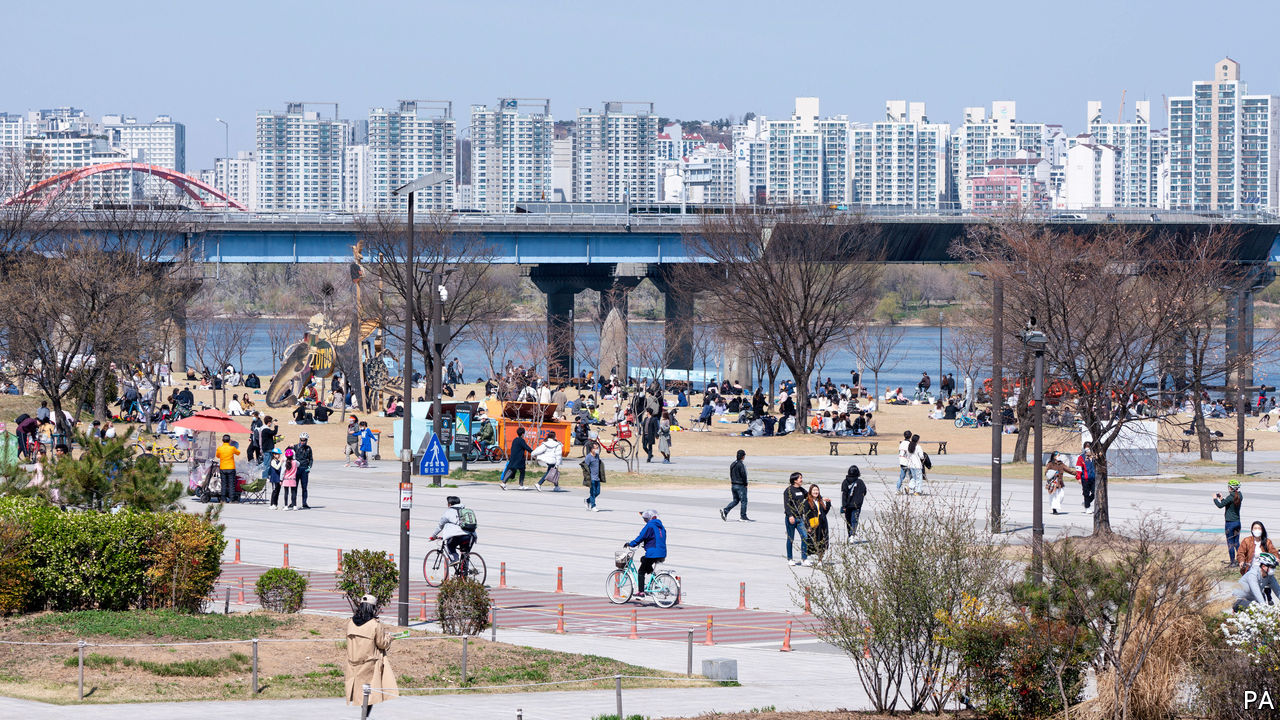 South Koreans have been returning to work and play as the country slowly relaxes social distancing rules amid a sharp drop in coronavirus cases, though experts warn against complacency.

According to reports, South Korea posted the fewest number of new coronavirus cases since its surge in February due to a religious sect that brought daily infections to almost 1,000.

The country reported only eight new cases in a 24 hour period. The government has kept its social distancing rules in place until May 5.

Compared to the United States, which has confirmed 26,889 cases in the same period of time.

However, Jung Eun-Kyeong, director of the country’s Center for Disease Control warns against being too optimistic.

“We remain nervous as we could be missing some infection cases and those with no or few symptoms could come in close contact with others, for a possible spike in new cases later.”

Some restrictions will be eased, including church services, even though the social distancing campaign will remain.

“The best practice will be to continue social distancing, but with everyone quite exhausted with it, keeping it is not realistic,” said Prime Minister Chung Sye-Kyun at a meeting.

“Frustration from restricted daily life is not the only thing we should endure as we’re also sacrificing the economic activities. We now had to find a compromise, also reducing risks.”

He said the country could go back to normal on May 6 if the virus situation remains under control.

August 26, 2020
The number of Meetings, Incentives, Conferences and Exhibition Events (MICE) held in Q2 in Macau dropped by 89.4 percent to just 38 due to Covid-19 cancellations.

September 1, 2020
Hotel owners in Goa want the government to provide tax breaks as key attractions that draw tourists, such as the floating casinos and pubs, remain shut.

September 8, 2020
South Korean civil society organizations are crying foul after it was revealed that the second-largest investor in Lotte Tour Development, soon expected to open...