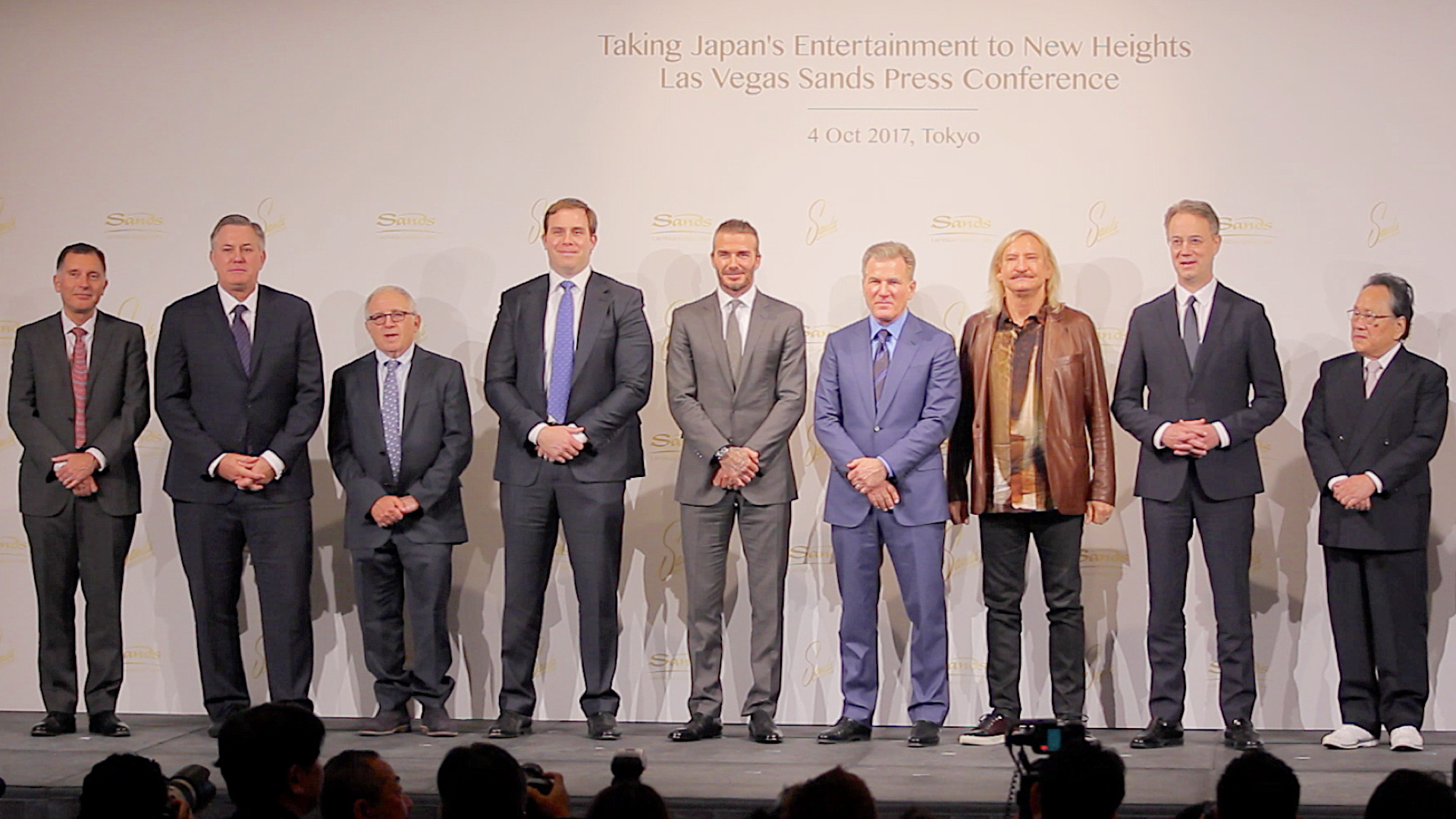 In an earnings conference call in April 2019, Las Vegas Sands President and Chief Operating Officer Robert Goldstein declared, “Our commitment to Japan is immense. It will be lots and lots of rooms—many, many rooms. There will be lots of retail. There will be lots of MICE, far beyond what people understand we’re thinking about for Japan… We are deep into it. We’re committed to it. We have a team on the ground there.”

By October of last year, in another earnings conference call, Goldstein was still enthusiastic, but he also added a hint of doubt: “I think US$10 billion is the starting point. And I don’t think anybody’s going to do for less than US$10 billion, unless you’re going to do something sub par. You know we have the balance sheet and the capability and the skill set to do it. The question is, can we get a return on that?”

This week, Las Vegas Sands—arguably the most successful and among the most deep-pocketed of all international gaming companies—announced that they are walking away from Japan altogether, with Sands Chairman and Chief Executive Officer Sheldon Adelson explaining: “My fondness for the Japanese culture and admiration for the country’s strength as a tourism destination goes back more than thirty years to the days when I was operating COMDEX shows in Japan and I’ve always wanted our company to have a development opportunity there. And while my positive feelings for Japan are undiminished, and I believe the country would benefit from the business and leisure tourism generated by an Integrated Resort, the framework around the development of an IR has made our goals there unreachable. We are grateful for all of the friendships we have formed and the strong relationships we have in Japan, but it is time for our company to focus our energy on other opportunities.”

The framework around the development of an IR has made our goals there unreachable… this statement, which ought to have set red lights flashing and alarm bells ringing in Tokyo and Yokohama, was instead greeted by Japanese policymakers with an outward shrug. Chief Cabinet Secretary Yoshihide Suga simply stated that Sands’ withdrawal would have no impact on the central government’s policies. Yokohama Mayor Fumiko Hayashi made statements that appeared to blame the coronavirus.

Gaming industry analysts offered specific reasons why Sands has thrown in the towel on Japan.

Bernstein Research observed, “The announcement does not come as a complete surprise to us, as the Japan process has gotten bogged down by increasing government requirements and terms that were beginning to look less attractive.”

They specified that “short term of licenses, high tax rate, growing constraints on local play, and financing arrangements” were among the key factors that would have cooled Sands’ previous ambitions to go big in Japan.

Bernstein further explained, “The government is issuing ten-year licenses, which are too short in light of the required development timeline and development cost. By comparison, Macau had issued twenty year concessions, and while Singapore had a shorter license term than Macau, there was less concern about new competition being allowed in the market and changes to terms, the investment cost was much lower and the tax structure more favorable. A ten-year license (with potential changes to terms during the tenure and a lack of clarity around relicensing), coupled with a local partnership structure and high investment cost with longer payback period, significantly raises the level of risk.”

The analysis went on, “Continued restrictive government posture on locals’ play will inhibit the size of the addressable market for casinos in Japan. The more restrictions (i.e., entry fees, restrictions on marketing, etc.) on locals, the more reliance on foreigners–as we have said so many times, very few markets are capable of supporting a high return and high-cost casino development without a strong local market. Macau has a very strong local base of customers from Hong Kong and Guangdong, and while Singapore is more reliant on foreigners, it has local drive in business from Malaysia and is a destination city, attracting foreign visitation at very high levels. A US$10 billion+ development with more and more limitations on locals becomes a higher risk proposition.”

Beyond these and other specific issues of policy contention, the fundamental matter is that the Las Vegas Sands executives had obviously become so exasperated with Japan’s IR development process that they lost faith in them completely. Their withdrawal was a massive vote of “no confidence” in Japanese policymakers.

After all, if it were simply a matter of a handful of inconvenient regulations, then the deeper attractions of the Japanese market—which is what brought them running to the country in the first place—would not have allowed them to move from their “immense” commitment to withdrawal in just a year’s time. Rather, Sands’ assessment was that the Abe government and Japanese policymakers simply aren’t up to the task of managing the large-scale IR policy enterprise that they have embarked upon.

Moreover, it is not out of the question that other major IR operators, feeling many of the same nagging concerns about Japanese policymakers, might reassess their own positions and follow Sands out the door.

No one would deny that Las Vegas Sands has a long track record of making very smart decisions, many of which look like sheer genius with the benefit of hindsight. This fact ought to terrify all pro-IR Japanese politicians and bureaucrats. However, it is not clear that they’ve even received the message at all—and that lack of sensitivity to what is indeed an earthshaking development may be the best proof yet of the very problem that drove Sands away. (AGB Nippon)