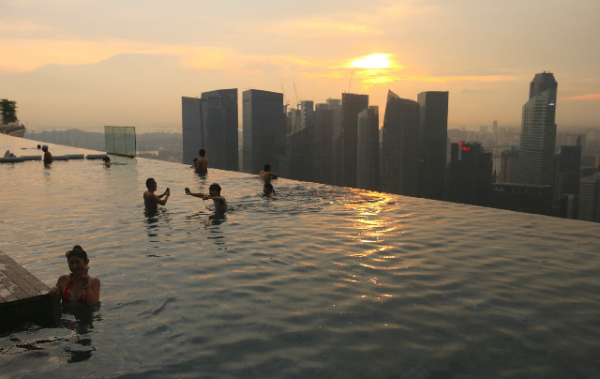 The Singapore operation has benefited from the decline seen in Macau over the last few quarters, with a 20 percent surge in visitors from China to Singapore in 2015. Until Macau sees some recovery, Las Vegas Sands’ Singapore property is likely to continue growth.

On the VIP side of the business, Las Vegas Sands has seen VIP gaming volume increase from $22 billion in 2010 to $60 billion in 2013, catering to VIP gamblers from neighbouring countries such as Thailand and Malaysia.

After a massive decline in Macau, Singapore’s VIP gaming volume also dropped around 30 percent to $43 billion. However, despite lower volumes, Sands’ revenues actually increased due to a better win percentage.

Looking at 2015, revenues so far have declined 6 percent. Forbes forecasts rolling chip volume to grow in a low single digit range in the coming years and be around $50 billion by 2022.

With respect to mass-market gaming, volume has remained relatively stable at $4.5 billion in the last four years. Mid-single digit growth is expected, and turnover to be around $5.5 billion by 2022.