Ho Iat Seng is the chief-exective elect of Macau SAR. He is expected to formally take the role in December 2019.

October 19, 2020
Macau Chief Executive Ho Iat Seng said on Saturday that so far there had been no attempt at creating travel bubbles between Macau and any other jurisdiction. He added that there might be the risk of a severe negative impact on Macau were it to open to visitors from foreign countries. 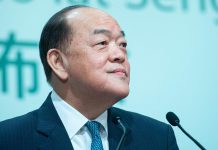 Macau to focus on recovery, no tax breaks for operators

April 21, 2020
Macau chief executive Ho Ian Seng says the government is planning to ask Beijing to resume the issuance of travel permits from mainland China to Macau in efforts to foster the recovery of Macau’s integrated tourism and leisure sector. Ho is set to also negotiate with Guangdong Province on steps for the relaxation of re-entry […]

March 24, 2020
Macau has further tightened its border controls, imposing a ban on entry for citizens of Hong Kong, Taiwan and Mainland China if they have travelled to a foreign country in the past 14 days. 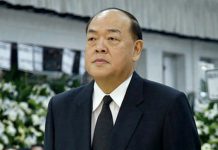 November 19, 2019
Chief Executive-designate Ho Iat Seng has told state broadcaster China Central Television that it is it is “unhealthy and unsustainable” if Macau tries to develop itself on the basis of a single industry. 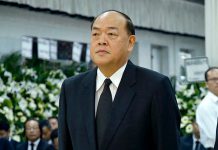 September 13, 2019
Macau chief executive-elect, Ho Iat Seng promised to safeguard Macau’s gaming and tourism industries, during a press briefing in Beijing.  Ho was speaking at a media conference on Thursday, one day after being confirmed as Macau’s next leader during a special ceremony. Ho said Macau’s “one country, two systems” principle was vital in ensuring the […]