Dr. Lui Che Woo, aged 86, is the founder of the Galaxy Enttertainment Group, has been a Director of the Company since August 1991 and is the Chairman and a member of the Executive Board of the Company.Dr. Lui is also the Chairman and the Managing Director of K. Wah International Holdings Limited. He has over 50 years’ experience in quarrying, construction materials and property development. He was the Founding Chairman of the Institute of Quarrying in the UK (Hong Kong Branch) and the Chairman of the Tung Wah Group of Hospitals.Dr. Lui is also the Founding Chairman of The Federation of Hong Kong Hotel Owners, the President of Tsim Sha Tsui East Property Developers Association, the Founding President of Hong Kong — Guangdong Economic Development Association and an Honorary President of Hong Kong — Shanghai Economic Development Association. Dr. Lui has been appointed as a Member of Steering Committee on MICE (Meetings, Incentives, Conventions and Exhibitions) since 2007.Lui is the father of Mr. Francis Lui Yiu Tung and Ms. Paddy Tang Lui Wai Yu. 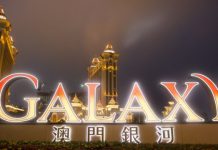 August 13, 2020
Galaxy Entertainment said it expects further headwinds from the Covid-19 pandemic after reporting a Q2 loss, but said it remains committed to its expansion plans and its pursuit of a license in Japan.

May 13, 2020
Galaxy Entertainment released its 20Q1 financial statement on Wednesday revealing the anticipated economic impact of Covid-19, including a 93 percent year-on-year fall in EBITDA. Adjusted EBITDA was HK$283 million (US$36.8 million) for the quarter, while net revenues were HK$5.1 billion, down 61 percent year-on-year. Chairman Lui Che Woo commented, “Q1 2020 has been a very […] 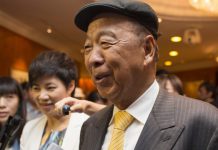 August 27, 2018
Lui Che Woo, chairman of Galaxy Entertainment, says he is “very confident” that his company’s project on Boracay will go ahead, despite Philippine president Duterte’s insistence that no casinos will be built on the island. Speaking in a CNBC Interview, which aired on Monday, Dr. Lui said that when Galaxy first indicated their interest to […] 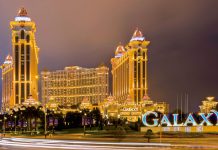 August 8, 2018
Galaxy Entertainment Group (GEG) delivered record performance in the first half of 2018, driven by strong mass, VIP and operational execution, although the results were in line with market expectations. Group net revenue reached HK$28.1 billion in the six months ended June 30, up 25 percent year-on-year, while net profit rose 56 percent year-on-year to […]

May 30, 2018
Galaxy Entertainment founder and Chairman Lui Che-Woo said his company has no plans to increase its 4.9 percent stake in Wynn Resorts, damping speculation it may have been planning a full takeover. 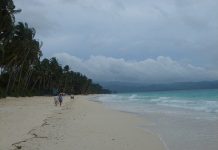 Duterte met with Galaxy on Boracay project in Dec: reports

April 10, 2018
President Rodrigo Duterte, who earlier this week denied knowledge of plans for a casino on Boracay, in December met with officials from Galaxy Entertainment Group to discuss the project, local media reports. According to ABS-CBN news, a press release from the President Communications Operations Office showed the meeting was held on Dec. 6th. “Galaxy Entertainment, […] 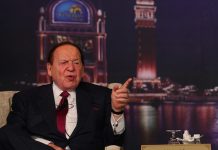 March 7, 2018
Sheldon Adelson featured in 21st position in Forbes annual ranking of the world’s billionaires, coming far ahead of other casino moguls. Adelson, founder and CEO of Las Vegas Sands, had a fortune of $38.5 billion as of March 6th. Forbes notes Adelson is the son of immigrants from Lithuania and Wales and grew up sleeping […] Too early to say whether Macau is recovering: Galaxy boss

August 26, 2016
Galaxy Entertainment Group Ltd has reported first half profit up 26 percent year-on-year, citing a rise in non-gaming revenue and casino market share as a result of new resort openings. According to a filing to the Hong Kong Stock Exchange on Thursday, the casino operator reported net profit of HK$2.6 billion ($335.31 million) for the […] 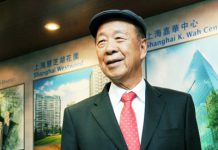 May 10, 2016
Galaxy Entertainment chairman Lui Che-woo says Macau’s gaming market has bottomed out, after close to two years of continuous decline, reports SCMP. “The [revenues] from the beginning of this year until now have not continued to drop sharply and have stabilised,” said Lui after the company’s AGM. “I believe this means we can say [the […] 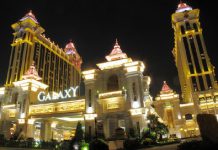 June 17, 2015
Gambling at Galaxy’s recent expansion has been weaker than expected, chairman Lui Che Woo told reporters in Hong Kong after the company’s annual general meeting. According to Bloomberg, business at Galaxy Phase II, which opened last month as the first new casino projects in three years, “is satisfactory, but not as good as what we […]

For the thrill of it: Does Macau have a role in China’s theme-park craze?

May 13, 2016
With the construction of a theme park on the cards for Galaxy Macau, could this form of family friendly entertainment prove crucial in enticing mass-market tourists in their droves? A natural byproduct of China’s burgeoning middle class has been more discretionary money to spend. Research from the Boston Consulting Group predicts that China’s consumer economy will expand by about half, to $6.5 trillion, by 2020 with services overtaking goods as the chief engine for spending. The booming theme-park market is likely to be a key beneficiary, but could it drive traffic to Macau? 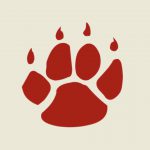 Australia - October 6, 2020
Patrons of poker machines in the state of New South Wales may soon be required to register for government-issued gambling cards and to be...

Macau - October 9, 2020
MGM Resorts said it has upsized a public note offering from $500 million to $750 million and will use the proceeds to refinance existing debt and for general corporate purposes.