Pansy Ho Chiu King is the Managing Director of Shun Tak Holdings Limited, a conglomerate listed in Hong Kong with core businesses in property, transportation, hospitality and investments. She also holds other key executive roles, including that of Co-chairperson and Executive Director of MGM China Holdings Limited.Ms Ho holds a Bachelor’s degree in Marketing and International Business Management from Santa Clara University, and an Honorary Doctorate Degree in Business Administration from Johnson and Wales University. 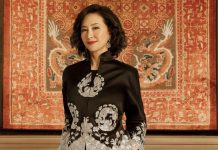 June 3, 2020
Bernstein Research has noted with some concern that Pansy Ho seems to be personally stepping into the leadership vacuum at MGM China with the recent departure of Grant Bowie as CEO. “Pansy Ho looks to take on more day to day oversight of MGM China, which comes as somewhat of a surprise to us. We […]

December 18, 2019
MGM China co-chair and executive director Pansy Ho has continued her sell-down of shares in U.S-based MGM Resorts, having sold 2.45 million shares since the end of November.  As a result, Ho’s stake in the casino operator is down to 1.78 percent following the transactions.  Among her many titles, Ms. Ho is an executive director […] 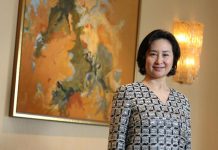 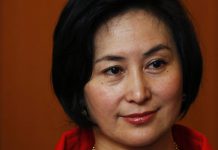 July 15, 2019
With the 2022 licensing renewal process getting closer, businesswoman Pansy Ho told Lusa that the government should demand more from their gaming concessionaires, local media reports. Currently, there are six concessionaires and sub-concessionaires that operate in Macau, including SJM Holdings, Galaxy, Sands China, Melco Resorts, Wynn Macau and MGM China. While much of the discussions […] 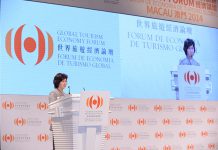 March 26, 2018
Over 600 guests attended a dinner and party celebration at MGM Cotai on Sunday, hosted by MGM’s co-chairperson and executive director Pansy Ho. Guests included A-listers, celebrities, top regional socialites and fashion icons at the MGM Theatre, which transformed into a banquet venue, a concert hall and a DJ nightclub. Participants of the evening celebrated […]

November 14, 2017
While Macau’s rich cultural history will be key to turning the city into “must-see” tourist destination, there is also an opportunity to improve hospitality offerings and expand new industries, such as esports, according to experts at the MGS Summit. Sands China President Wilfred Wong, speaking on a panel session about the “One Belt One Road” […]

November 9, 2017
The speaker lineup for the MGS Entertainment Show Summit at The Venetian Macao will feature some of the most influential and knowledgeable people in the regulatory, government relations, gaming, entertainment and technology worlds. The Macau Gaming Equipment Manufacturers Association (MGEMA), the local association that has organized the show since its inception five years ago, is […] 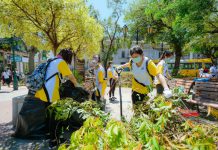 August 27, 2017
Macau’s casino operators have been seen contributing to relief efforts following Typhoon Hato, which battered the gaming hub last week.   MGM China Holdings have pledged MOP 30 million (US$3.7 million)  to rebuild Macau following Typhoon Hato. The distribution of the pledge will be decided in the coming days and months with guidance from the […] 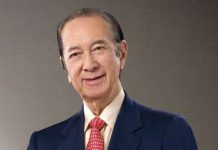 June 25, 2017
Macau gambling magnate Stanley Ho has stepped down as executive chairman of Hong Kong conglomerate Shun Tak Holdings Ltd, with daughter Pansy Ho taking up the position. Established in 1972, Shun Tak Holdings is a leading conglomerate in Hong Kong with core businesses in transportation, property, hospitality and investments. It has a strong established presence […]

May 10, 2017
MGM co-chairman Pansy Ho has reiterated the need for gaming companies to diversify given mainland China’s anti-gambling stance, The Australian reports. Ms Ho, daughter of gambling tycoon Stanley Ho noted Singapore as a great example of a region that is able to diversify into other forms of entertainment. We see the good example of Singapore […] 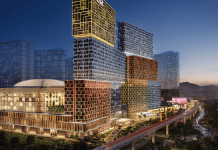 March 16, 2017
MGM China’s new resort on Cotai, which is scheduled to open in the second half of this year, will feature a permanent collection of more than 300 pieces of art, the company said. The works include antique carpets dating from the Qing Dynasty, modern and contemporary Asian paintings, and sculptures by renowned artists. Contributing artists […]

October 17, 2016
MGM China Holdings Ltd co-chairperson and executive director Pansy Ho says she might apply for more tourism facilities on the city’s reclamation areas in the future, reports Macau Business Daily. Ho, who is also the the vice chairman and secretary-general of the Global Tourism Economy Forum added she hoped the government would support her suggestions. […] 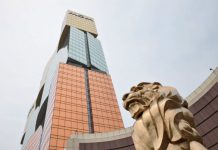 September 2, 2016
MGM Resorts International on Thursday announced that it has closed on its previously announced acquisition of 188,100,000 ordinary shares of its subsidiary MGM China Holdings Limited from Grand Paradise Macau, according to a press release. As a result of the transaction, the Company now owns approximately 56 percent of MGM China’s outstanding common shares, leaving […]

August 17, 2016
MGM Resorts has announced it has entered into a transaction to acquire 188.1 million shares of MGM China from businesswoman Pansy Ho. The transaction will see MGM Resorts own 56 percent of MGM China (up from 51 percent), with Ms Ho’s stake in MGM China down to 22.5 percent (from 27.4 percent). “MGM Resorts is […]

June 18, 2015
The secretary general of the Macau Gaming Enterprises Staff Association said that the results of a recent survey that shows most casino employees are in favor of smoking lounges are skewed due to respondents being under pressure to give certain answers. Kelvin Choi Kam Fu said that when taking part in the survey some casino […]