Mr Wong Sio Chak was born in Guangdong in September 1968, of a family from Jieyang, Guangdong Province. He is married and has two daughters. He received a Bachelor of Laws degree and a doctorate degree in Law from Peking University in July 1990 and July 2006, respectively.Mr Wong was a senior technician at the Office of Judicial Police from February to December 1994, and a judicial auditor from December 1994 to October 1995. He was trained as a judge from October 1995 to July 1997, and was appointed prosecutor at the Prosecution Services in July 1997. He became deputy director of the Macao Judiciary Police in November 1998, and the acting director of the Judiciary Police in December 1999. In March 2000, Mr Wong was appointed as the Deputy Prosecutor-General of the Public Prosecutions Office, and in November 2000 he was appointed as Director of the Judiciary Police.

September 4, 2019
Police authorities have indicated that gaming-related loan sharking cases increased by 15.2 percent in 19H1, local media reports.  Some 968 cases were reported in the first half of the year, with most of the suspects and victims involved bring mainland Chinese. However, rather than believing there is a rise in crime, police authorities consider the […] 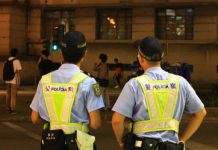 February 11, 2018
Macau saw the total number of gaming related crime cases drop slightly in 2017, despite the gaming sector recording significant growth in the year, local media reports. Secretary for Security Wong Sio Chak made the comment on Wednesday during an annual crime review press conference. According to data from PJ, a total of 1,847 criminal […]

November 28, 2017
Macau’s Secretary for Security says he is “open” towards the use of facial recognition technology in casinos and public areas, Macau Business reports. “Casinos are private places and only recently has the installation of such equipment been authorized,” said Secretary Wong Sio Chak during a plenary session on the Legislative Assembly (AL) on Monday. When […]

Macau beefing up security against terrorism

October 8, 2017
Macau’s secretary for security says the city has intensified its security as part of his efforts to prevent terrorism from finding its way into Macau, TDM News reports. The Gaming Inspection and Coordination Bureau has already asked casino operators to heighten security following the mass shooting incident in Las Vegas. As for security for the […] 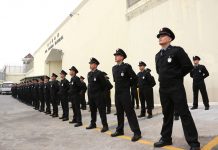 Gaming crimes up 16 percent in first nine months of 2016

November 25, 2016
The number of gaming crimes totalled 1,298 cases for the first nine months of 2016, a rise of 16 percent compared to the prior year period, according to Macau authorities. Secretary for Security Wong Sio Chak said the majority of gaming-related crimes included loan sharking and illegal detainment, of which total cases amounted to 348 […]

May 31, 2016
Latest official crime statistics released on Monday show that the number of criminal cases declined by 7.1 percent, to 3,333 in the first quarter of 2016, local media reports. Secretary for Security Wong Sio Chak, said of these, 626 were committed against individuals and primarily consisted of “illegal imprisonment”, which saw an increase of 32.8 […]

May 11, 2016
A shared blacklist of players proposed by Macau junket sector is still being considered, said Fong Man Chong, Co-ordinator of the Personal Data Protection Office (GPDP), Macau Business Daily reports. The database, which will contain a list of players who are considered at a high risk of defaulting would be a useful tool for the […]

April 28, 2016
The Macao Gaming Committee should be able to further develop its role in the healthy development of the city’s gaming industry following the appointment of Macau’s Secretary of Security to the committee. According to a note from the Government Information Bureau, Lionel Leong Vai Tac said Wong Sio Chak’s appointment would have a positive impact on […] 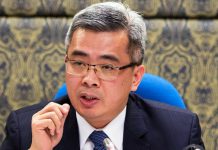 April 18, 2016
Macau’s Secretary for Security, Wong Sio Chak has been appointed to the local Gaming Commission, according to the Official Gazette. The government did not provide an explanation for the appointment. In December, the Secretary of Security said suspected crime related to gaming was on the rise, with 1,118 reports in the first nine months of […]

January 16, 2016
Five Macau police officers and one retired officer have been arrested over suspected corruption and cooperation with illegal gangs, marking the first crackdown involving its own law enforcement personnel, local media reports. Six individuals in total, including a retired police officer, were arrested for taking bribes and making illicit profits of MOP1.8 million (US$222,000), in […] 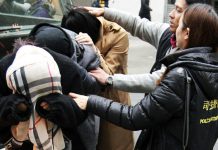 December 3, 2015
Macau authorities have received 1,118 reports of suspected crime related to gaming in the first nine months of the year, a 34 percent increase on the same period in 2014, local media reports. The statistics were quoted from Secretary of Security Wong Sio Chak that loan-sharking was up 35.6 percent compared to the same period […]

December 3, 2015
Macau’s Secretary for Security, Wong Sio Chak, has announced the updating of the gambling island’s cyber and anti-internet crime legislation as well as the establishment of a new cyber security unit. The new division will be operated by the Macau Judiciary Police responsible for monitoring the internet and combatting illegal online activity. The decision was […]

October 15, 2015
Macau’s government will look to strengthen supervision and security controls in and around casinos to ensure Macau remains safe during the ongoing adjustment of the gaming industry, said Secretary for Security, Wong Sio Chak. Speaking at the Beijing-Guangdong-Hong Kong-Macao Prison Forum, Wong acknowledged that the adjustment in the gaming industry could pose some challenges to […] 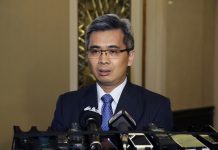 Gaming-related crimes in Macau up 34.5 percent in 15H1

August 24, 2015
Gaming-related crimes in Macau surged 34.5 percent year-on-year to 679 cases in the first half of the year, local media reported. There was a significant rise in such crimes over the past quarter, The Macau Daily Times reported, citing the Secretary for Security talking to reporters. Wong Sio Chak said that cases involving unlawful detention […]